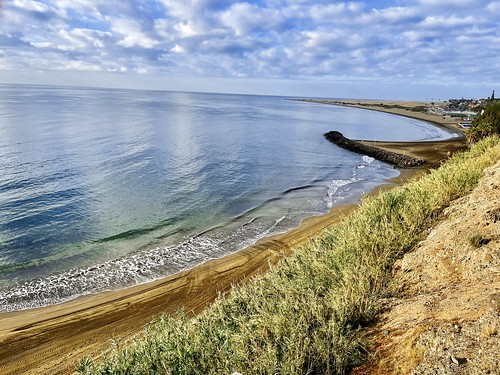 Over the course of the last few weeks a few folks have been asking me repeatedly why have I gone silent in Twitter for more than a year now without publishing a single tweet thus far. Back in the day, as I wrote multiple times over the years, it was my preferred social media platform by a long stretch. So, what happened? Well, mainly, two things: Social Media no longer being Social, but just Media Tools and, secondly, being shut down by my own network of contacts. How did that happen?

Frankly, I saw it coming. I have been on Twitter for over 15 years. Yes, indeed, you are reading it correctly. No typos. 15 years and it feels as if it were just yesterday! I signed up for it in early March 2007, which means, after this blog and my Flickr account, it’s the social tool I have been using consistently the most. I still use it every day. I still read all of the tweets that come through the different Twitter Lists I have set up 7 years ago. I still have a blast going through the Global Pulse of the Planet to check and learn about what’s going on with the world. It’s my most powerful and self-empowering Personal Learning Network. Ever. Yet, it managed to shut me down and keep me quiet…

Gosh, that takes courage, believe me, to shut me up just like that, but, in reality, my Twitter networks are very brave and managed to do that quite all right during the course of a single year. This past year. All in all, without much opposition from my side either, I must admit. And since I don’t expect to resume my tweeting mojo any time soon, I guess it’s a good time now for me to explain how did it happen and why I still don’t mind that at all.

I refuse(d) to become the media. That’s what I wrote in this particular blog post over 6 years ago. And that’s exactly what has happened this time around. If you’ve been a faithful reader of this blog, you will know how over the years I have always written about how there are three topics I refuse to engage with other folks when conversing online: politics, religion and sports. See the media tool(s) connotation kicking in now?

The thing is that since I wrote that article, I have always worked really hard in re-building my Twitter Lists around those folks who still were very much interested in connecting, sharing and learning, one conversation at a time, about the so-called digital transformation all of these social, digital tools have been anticipating for nearly 20 years. Yet, every year it’s turned out to be almost mission impossible to just keep up with that effort. The resistance to become the media has now disappeared entirely and vast majority of my Twitter networks have now eventually become it. The media. My media.

You may be wondering whether I am disappointed or not, or whether there is hope of a shift back to what made Twitter, back in the day, the absolutely stunning and mind-blowing online space we all once treasured to bits. I can tell you I am not. Quite the opposite! I still remember rather vividly what Twitter has done for plenty of us, pioneers of the so-called Social Business journey within different organisations. It has helped us all evolve towards aiming for a better workplace while we all were working together on changing / shifting the nature of work itself by the different personal business relationships we built, nurtured and sustained over time. One interaction at a time, as always, as we all co-created a powerful network of change agents and change makers.

So what role does Twitter play for me nowadays then, you may be wondering, right? Well, I still check my Twitter Lists every single day to learn about my new self-appointed media folks have been up to in their newly discovered journalism careers. Everyone has got an opinion. About every single, usually political, topic. I do, too. I love it! The difference then is? Well, they get to share it across via Twitter. I just keep it to myself and move on to the next one. I don’t share them online, because I still refuse to become the media. So I read and, occasionally, interact with all the tweets that come my way, before I’m ready to move on. Pretty much like I do when I try to catch up with the news through different traditional mainstream news media.

My DMs are still open, just in case anyone would want to reach out and say ‘Hi! How are you?’ But that’s when I realised my Twitter networks have shifted into becoming new media journalists, because hardly any of them have even noticed I’m no longer tweeting publicly, nor have they gotten in touch. Yes! They’ve moved on with their new audiences. And, as such, I suppose, so have I. Quitely. On a temporary retreat. Where to? I don’t know. Still trying to figure out whether my Twitter networks will eventually shift away from buying into the 15 minutes of useless fame by journaling publicly the political world around them and focus back on the space where they truly can make an impact: i.e. changing the workplace and the nature of work, specially, in this brave new world we have just entered of working distributedly.

I will wait. I have been on Twitter for over 15 years already. And I’m still having a blast with it. Every single day! I have got plenty of time ahead of me, you see?, while I read through their opinions and enjoy the luxury of learning some more about what is in their heads at that point in time.

Otherwise, where else can I delight myself with such a privileged Global Pulse of the World? Unfiltered, uncensored, fact-based and by the trusted networks one has nurtured throughout the years?

3 thoughts on “Twitter Is Where My Conversations Went to Die”