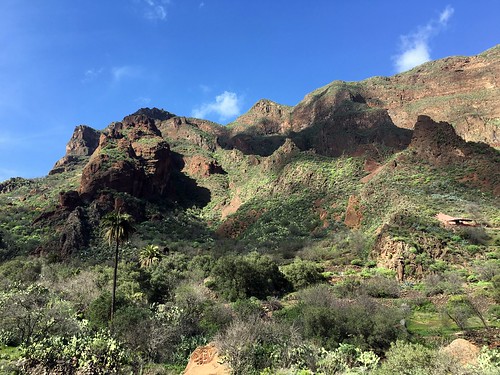 The illusion of control is coming back, and it’s coming back with a vengeance, apparently, according to this article from Henry Mintzberg, who has been noticing, how, lately, most organisations seem to have put more tight-in controls within, and outside, the firewall in order to control what seems to be uncontrollable anymore (if it ever was!), that is, the workforce. Whether that may well be rather accurate, or not, you can tell me in the comments below what you think about it, if you wish, I have got this little theory going on in my mind that we, knowledge (Web 2.0) workers, may have to blame ourselves for that to happen in this Social, Digital Age. Somewhere along the way we seem to have completely forgotten about the initial value add proposition from Social Business and Social Software tools (Connect, Collaborate, Learn and Share) and instead we all, collectively, decided to turn it into one of the most massive surveillance operations in our entire history, whether at work or for personal use. We seem to have become just that, pure data, i.e. *the* product, leaving out entirely our networks, connections and relationships.

It’s probably one of the main reasons as to why we keep talking on a rather regular basis about Management vs. Leadership, when they might be one and the same depending on the context and the task at play; why we keep using Community Management (and Community Manager(s)) vs. Community Facilitation when all we are doing is either facilitating or stewarding online communities; why we keep witnessing (some times in the first person) teams being killed left and right; why we continue to talk about hierarchy vs. networks as opposed to thinking that hierarchy is an integral part of wirearchy, after all; why we keep investing in control when it’s been rather well documented that trust is cheaper, way cheaper; and so on and so forth.

Not long ago Carmen Medina once tweeted: ’[…] the worst human instinct is the desire to control others’ and somehow I suspect we may have made it even much worse upon ourselves with all of these emerging (social) media tools where, if anything, we have become masters in showcasing our various different dysfunctional behaviours that, obviously, need to be controlled somewhat, before we may mess up even further, acknowledging, without realising much about it, that, when doing so, we won’t have to, necessarily, be either responsible, nor accountable, for what comes across from our own different devices. It’s not our job to worry about that. Therefore, the imperative need to be controlled. Instead. our main worry, at the moment, seems to be ‘I need to make myself present out there [*wave* *wave* *wave*], hopefully, noticeable enough I get my own 15 minutes of fame in that media pedestal, regardless’. No wonder the powers that be would want to curb those inevitable urges a fair bit and try to re-control things back into place. If only for their own sanity, before they start questioning what’s really going on.

If anything. It’s probably one of the main reasons, if you look into it a bit deeper, as to why (social) analytics, in whatever form or shape (big data, small data, or just simply data), has surpassed, in terms of attention and commitment from the business, the Social Business transformation journey. Carmen herself put it in much better words than I could have ever in a different unrelated tweet to the one above:

Controlling behavior is what you do when you can’t think of any better solution.

The struggle for control is real. Very real, I would probably state it’s an integral part of our human nature, but that doesn’t necessarily mean that we just can’t fight the urge to control things AND, specially, people, and look out for potential better solutions, specially, when they have clearly demonstrated that they work really well. You see? Control has always been an illusion and whether people would care to admit or not, we just can’t control folks because we may want to. We just can’t. It’s that simple, yet so complex at the same time. In fact, I would dare to state it’s way more demanding (think in terms of €€€) and resource intensive to control than to trust (your) people. Trusting your people is always cheaper, as my good friend Lee Bryant once wrote and I couldn’t have agreed more with that statement, even more so if we are ever so keen on transitioning into social networks and communities as the new operating model.

This may well be a bit too obvious, but both networks and communities don’t respond well to control. They never had, they never will. Quite the opposite. It’s a whole lot more about how you inspire to provide the right conditions in facilitating the conversations to flourish naturally, to help enable people to network, connect, collaborate, learn and share what they are doing for work and in that context learn through plenty of hands-on how to work smarter, not necessarily harder. So instead of spending time in front of your Digital Dashboard watching over what people are doing, or saying, in whatever the digital platform and try to make some sense of that firehose of data, better think about how you, too, could dive in and be also part of the conversations. Most of the times, it’s far more effective to relinquish control and trust your people to do the right thing to only realise, after a while, you will be getting it back twofold in terms of value add, instead. Remember the good old mantra of leading by example?

It would be a good time now to put it into practice, by all means, before it’s all too late and your knowledge (Web 2.0) workers revert back to making extensive use of one of the most harmful and damaging siloed tools within the business world that has ever existed, i.e. corporate email. Where will your organisation knowledge go after it dies in their own Inboxes? To put it in other words, think about it, after all, when was the last time you embarked on designing for loss of control? Perhaps it’s a good time today to start thinking about it, and figure out how you could make it happen, in case you may not have, just yet, because as my good friend JP Rangaswami wrote nearly 8 years ago:

‘It’s about relationship and covenant and caring and respect as the motivators to do something, rather than command-and-control and more-stick-than-carrot.‘

He then pretty much nailed it with this other short, but rather thought-provoking sentence: ’Collaboration is not an option, it’s an imperative.’ In this day and age, at long last, we may well need, then, to start putting our actions behind our words, if we would want to make that happen, because, somehow, (open) collaboration and control don’t seem to work well together and if control is really coming back again we ought to re-think again what we are doing with the so-called Social Business transformation journey? Are we doomed yet?

Hopefully, not! Please do tell me we aren’t going back again to Henri Fayol’s ‘Planning, Organising, Commanding, Coordinating, and Controlling’.

Please do tell me we may all have learned something, after all, over the course of the last 100 years…

Control? No, thanks! We don’t need control in this Social Era, do we?

15 thoughts on “The Illusion of Control”