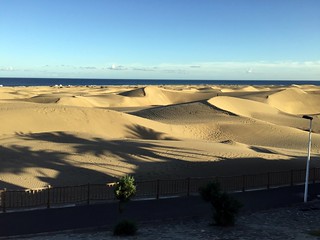 When I first got things started with #elsuahackstwitter, the experiment where I decided to unfollow everyone on Twitter and instead move on to using, exclusively, Public Lists, I knew, right from the start, that I’d have a bit of a challenge in terms of not necessarily grouping people together, but what names would I pick up for each of those lists, so that a) they’d be rather representative and meaningful, and b) would not offend the people included in them (for whatever the reason). It wasn’t easy. It took me, eventually, a good few days to figure it out what I would go for in the long run. I knew I didn’t want to pick something vague, overhyped or just simply buzzwords du jour along the lines of gurus, ninjas, #SocBiz experts, influencers, future-of-work, digital-transformation, etc. etc. So I decided to look deeper, in retrospect, and try to define for myself the kinds of relationships I have built over the years with the people who I used to follow on Twitter and see how I would be able to group them accordingly. Finally, after a good few days of tinkering Collaborators, Cooperators and People I Learn From were born.

Ever since I was first exposed to Twitter Lists a good few years back, I knew they were going to be something rather special. It’s, by far, my favourite feature from Twitter from all along. An opportunity for the end-user to be, at long last, in full control of the flow of tweets going by, according to your own criteria in terms of people added to them, timelines (no longer a limit in there!), conversations, insights shared, etc. etc. vs. having to rely on the system to do it for you. I have been a huge fan of Lists. Currently, I have got 25 of them I, usually, check on a more or less regular basis. All along, though, most of them have always been, and still remain today, private, just for me. And for a good reason: I didn’t want to expose them, nor the folks grouped in each of them.

The whole thing changed though, when I decided to unfollow everyone on Twitter, and somehow I started to feel the urge of exposing, openly, where I usually spend my time on nowadays while tweeting away. Somehow I felt I needed to show the world a little bit of my Twitter world. The time of hiding is over and while the private lists are there I decided not to pay much attention to them anymore and instead focus on the public ones I created a few weeks back. Those new lists would become my new timeline(s) and, contrary to what was happening before, they are now exposed to everyone out there who may be interested, since they are publicly listed and people can subscribe to them, if they so wish to.

In a way, it’s some kind of brutal exercise around working out loud and openness, because, all of a sudden, everyone can now peek into my daily flows of tweets going back and forth and get a glimpse of what I’m exposed to, without having to even ask me, if they would want to. Yes, it’s both exciting and rather intriguing not knowing anymore what may well happen next, because one of the unexpected highlights from having run this experiment was that even though the lists are my lists some people have decided to subscribe to them as well. So, all of a sudden, I have transformed into a curator of connections, relationships, triangles to close, and good, relevant content on what matters to me. And share it with the world.

You may be wondering by now then why did I pick up those names for my main three public lists, right? Collaborators, Cooperators and People I Learn From. Well, initially, there is the reason of proximity, just like when I blogged back in the day how I work through Google Plus’ Circles with One50, Two50 and TheRest. However, that proximity nowadays is mostly down to how I view people I used to follow on Twitter in terms of working together or learning together. Long time ago I decided to stop following people just for the sake of following if it meant I didn’t learn anything in the first place. Life is just too short to have a cluttered timeline, I am afraid.

Working together, for me, can be seen in terms of two different types of interactions: collaboration and / or cooperation. My good friend, Harold Jarche, put together, just recently, as he has been blogging about this very same topic for a good while now, a new superb article explaining the main differences between one and the other. ‘Cooperation for the network era’ is a highly recommended read, for certain, as it will make you think twice about the kinds of business relationships, contacts and networks each and everyone of us has been nurturing over time. At the end of the day though, to me, it’s also all about commitment, what differentiates one from the other, that is.

When you collaborate (closely) with someone (or a group of people), there is a commitment to get something done in a timely manner, to get a deliverable out the door, finish off that task, activity or a project and move on the next one. The proximity and closeness is a notch tighter than when you cooperate with someone, which seems to be a lot less about commitment and more about sharing, connecting and learning. To quote Harold from that same article shared above:

‘Cooperation is a foundational behaviour for effectively working in networks, and it’s in networks where most of us, and our children, will be working. Cooperation presumes the freedom of individuals to join and participate.’

To then finish up with this other really nice quote that clearly differentiates what collaboration and cooperation are, and what they are not:

‘Cooperation is not the same as collaboration, though they are complementary. Teams, groups, and markets collaborate. Online social networks and communities of practice cooperate. Working cooperatively requires a different mindset than merely collaborating on a defined project.

Organizations need to extend the notion of work beyond collaboration, beyond teams, and beyond the corporate fire wall. They need to make social networks, communities of practice, and narrative part of the work’

Here’s something that Harold mentions on the last quote shared above that I think is rather interesting and pretty much nails it for me: ‘[…] they are complimentary […]’. Indeed, in the rather polarised world we currently live in, where it looks like we can only have a winner, a one single choice, a simple choice, yet, time and time again, reality tells us otherwise. Why can’t we have both? – I keep wondering about. Why can’t we have, in a work environment, where both collaboration and cooperation are working together nicely to achieve a certain goal, i.e. getting work done on their own terms (versus ruthlessly competing with one another)? What’s stopping us from doing that? The company firewall and bureaucratic business practices? A business and management system that haven’t changed much fundamentally in the last 150 years or perhaps even more so our very own mindset and behaviours and our inability to change even more so, if for the better?

This is, exactly, what I wanted to do in the first place when I put together these two Twitter Lists, to see if I could combine both collaboration, cooperation and mix them a bit to the point where they would become blurry and, eventually, perhaps a porous, intertwined duality. And then see what would happen next. As a result, and rather unexpectedly, I came up with a third one for another very specific activity altogether: learning. And this is how these public lists came along:

And from there onwards, I rely entirely on the magic of serendipity, that always seems to know more and way better than yours truly, to do its thing and keep redefining each and everyone of those lists. Helping me as well shaping them up accordingly over time by constantly building a trustworthy personal learning network where not only will I be able to continue learning from in the multiple areas we are all really passionate about, but also work with, whether collaboratively or cooperatively, or both!

It’s all about building the commitment, the intent, the context, and the ability to transform our daily work routines into the networked economy, because, for as long as social networks, communities and teams exist out there, we are no longer talking about the future of work, but the present of work. The continuous today. The one we can all collectively influence each and every time, because, after all, it still is our choice.

It always has been.

2 thoughts on “Collaborators, Cooperators and People I Learn From”