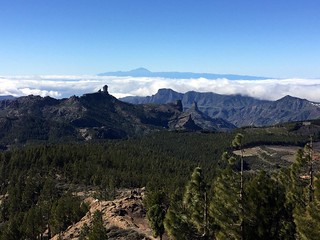 Over three years ago I wrote a blog entry over here about Twitter under the provocative heading: ‘Twitter is where conversations go to die’. It was a cathartic article I needed to get out of my system in order to re-find my love with that social networking tool. I wasn’t enjoying it much back in those days. Three years later, here I am again, writing about it, once more, but this time around with a different twist. I still love Twitter, as I wrote just recently. I use it every single day of the week, it’s my favourite personal learning network by far, but I am starting to question the value of connections over there. Why? Well, no-one seems to care anymore, apparently.

I have been on Twitter since early 2007 and I keep remembering fondly the time when people would eagerly connect with one another; when they would share lots of interesting tidbits just for the sake of adding further value into the network(s) and the overall conversation; when they would converse with one another and learn from each other (even from total strangers); when people didn’t have double agendas nor were just they tooting their own horn by blasting out marketing messages whole day long repeatedly. Over and over again, all over the place and time, because, you know, you need to get your message out, or so we are told. Essentially, yes, I am still missing the days when Twitter was The Pulse of the Planet: The Global Conversation. The place to be.

Still is today, in my opinion, but all of the things we cherished and loved about Twitter seemed to have been long gone and lost, and, probably, not returning back any time soon. Unless we do something about it. Twitter, on its own, it’s just one of the many hundreds of different digital tools within the Social Web. It’s our smart use of the tool that makes the difference, like in pretty much anything technology related. Always. So when you know it is no longer working out for you there are a few things you can do:

About a month and a half ago I decided to go for #3 and see whether it would work or not. Indeed, over 6 weeks ago I decided to run #elsuahackstwitter. An experiment where I’d be challenging not only how I make good use of Twitter, but those around me as well. I decided to unfollow everyone. Yes, everyone. No exceptions. From one day to another. And instead of relying on a combination of Twitter Lists and my home timeline, which is what I have been doing for years already, I decided to be brave enough and see whether I could survive just with Twitter Lists and following zero people and witness, first hand, whether the conversations moved elsewhere. Or not. Eventually, I wanted to see how disruptive such bold move would be like on how we use Twitter today.

Why Did I Do It Then?

Essentially, I wanted to challenge our basic perception of how we use Twitter nowadays and whether it would make sense without it or not. Everyone has got followers and their own following, but what happens when your following is no longer there? When you decide to stop following everyone and question the purpose of that connection in the first place? Is it still worth it, is it just a vanity metric, is it an influence metric you can make good use of? Why do we follow people on Twitter in the first place? To show off anticipating reciprocation, perhaps because of what they share across or maybe because of the conversations they host? I had to run the experiment and see what the fuss was all about.

What if Twitter decided to drop off the count of both followers and following? Would you still make use of it, like you are doing today? Imagine if Twitter decided get rid of that vanity metric, so that we would focus more on the conversations themselves, i.e. on topics, hashtags, events, etc., etc., do you think you would still be making use of Twitter and enjoy the overall experience as much as you are doing nowadays? Or maybe not much really. That’s exactly what I wanted to try out, whether I could live without that ego centric metric we all seem to be very keen on nurturing to prove and validate our own so-called influence and take my Twitter experience on to a different level. That’s how #elsuahackstwitter got started over a month and a half ago and I must confess, after a few weeks have gone by, I am quite enjoying the results and the overall experience. Although not too sure about what everyone else would think for that matter!

What Has Actually Happened?

It’s been a bit of a roller-coaster ride, I can tell you. An emotional journey of sorts, testing how far I could tame my own ego, that one of others, my reactions, their reactions, our two-way conversations and see whether after all that I would still be able to survive and not want to come back to the old model of following and be followed.

Six weeks later things are back to normal. In fact, after the initial frenzy of interactions with a bunch of folks who wanted to know why I was doing such thing the craze started to fade away to the point where I am back to where I was before, but with zero following. Perhaps vast majority of people who still follow me on Twitter didn’t even notice a single bit the crack I tried to provoke in the system 😉 as plenty of people keep saying, you know, that no-one reads Twitter anymore anyway. It’s just the place where we go to broadcast our messages and toot our very own horn without hearing others’ opinions, thoughts and experiences, so why bother, right?

The thing is that, on its own, it’s transformed entirely the way not only I see Twitter as my own personal learning network, but also how I use it on a regular basis and, although I can’t tell for others, it’s helped me find a new way of making it more personal, more conversational, more topic driven (while still keeping in touch with people), in short, overall more engaging and much less stressful altogether. And that’s exactly what I wanted to achieve with this experiment of #elsuahackstwitter.

In order for me to be able to conduct this experiment successfully though I had to continue running a parallel one I eventually got started with a while ago already and with some very good results altogether. I had to open my Twitter Direct Messages to everyone. Yes, that is right, if I was going to stop following everyone sending a direct message without opening them up first would have been a challenge. So before I got things started with that I opened DMs to everyone and played with it over the course of a few weeks to see whether I would be constantly abused by this new capability with lots of spam from whoever.

And the results from that other bold move have been, if anything, rather surprising, because contrary to the perception from everyone else out there, I haven’t been spammed to the point where I’d be needing to turn it off. Currently, I am getting about 1 DM per week unsolicited from anyone whom I typically don’t even know. Very doable, if you ask me. And now that we no longer have the 140 character limitation for those DMs even all the better! I can now send DMs to folks without having to use multiple 1/N messages to get the overall message across. And it’s also working very well. Oh, don’t worry, I haven’t even come close to the 10k character we are allowed to share across in a direct message on Twitter so far, and I doubt I’d ever come close to it.

What Have I Learned?

So, with all of that said, let’s do a quick recap of the overall experiment I have been running with #elsuahackstwitter:

Anyway, over the course of the first few weeks, I took plenty of copious notes (on the side) about what I was learning along the way with this experiment. I have shared a good number of them already under the hashtag #elsuahackstwitter on Twitter itself. 45 in total, as of the last count, and there may well be some more coming up to round up on 50. We shall see. Since I am not too sure how long they would be there anyway, that is, on Twitter, I thought I would add them all to this blog entry as well. Each and everyone of them, why not? More than anything else to remind me of not only what I learned about it, but also how I (and others) felt about it as well.

I will probably just share a single one-liner, or two, hopefully, not too long, for each of them and, where needed, and for very specific reasons, I may be able to pick up some of them and expand them further in upcoming blog posts over the course of time to explain some more about them and why I wrote what I wrote in the moment.

So without much further ado, here is what I learned, over six weeks ago, from having unfollowed the 1220 people I was following on Twitter back in the day:

And here we are, coming close to the end of a rather long blog post that pretty much tries to explain what I have been up to last 6 weeks of running an experiment on Twitter that has certainly helped me gain new perspectives in terms of how I view certain social networking tools. Perhaps there is just one last question waiting for an answer at this point in time, I bet, from all of you: Will I go back and start following people on Twitter or will I stick around in this brave new world of human relationships and conversations rather than pure metrics and numbers?

Well, if I judge by how much my own perception of Twitter, and how I make use of it on a daily basis (Remember, it’s still my number #1 social networking tool out there on the Social Web), has shifted for the better since I first got started with this experiment, I guess I can now conclude with these few words to try to answer that question: Yes, the Unfollowing Experiment is no longer an experiment. It’s my new reality. It’s how I plan to continue making use of Twitter from here onwards, more than anything because it helps me, tremendously, to up the game in working out loud, and therefore become more effective at what I do, and even more so than ever before (I will explain what I mean with this in a follow-up post) and, essentially, because it’s helped me understand how social networking is a whole lot more profound and soul feeding than just a meagre, worthless vanity metric. Twitter may well be the place where connections go to die. To me, Twitter is where a bloody good conversation (or two) just begins …

Want to join me?

16 thoughts on “Is Twitter Where Connections Go to Die? – The Unfollowing Experiment”