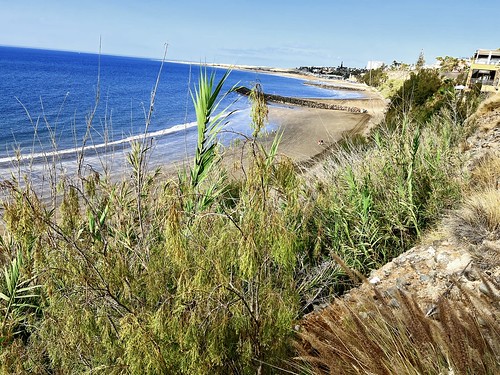 I am grateful LinkedIn has, finally, managed to open up my eyes and leave behind the lab rat race it’s become over the years. I am grateful it has pushed me over the edge and facilitated, for good, my return to this blog. It only took me 4 years to realise it’s no longer the powerful networking tool for hard working professionals we were promised nearly 20 years ago, but just one other manipulative media tool to keep us entertained by nasty and malicious algorithms in the midst of our miserable and rather depressing work lives. Frankly, why bother with it?

That’s the main question I have been asking myself lately and for which, more often than not, I am failing to come up with a good reason to even justify my active presence in there. It’s not the first time I give up on LinkedIn. It has happened before. In fact, I remember how I only came back to it over 4 years ago, because plenty of my close social networks were telling me that’s where they were hanging out at the time to have some pretty amazing and insightful conversations with other people on the topics we are all truly passionate about. So they, eventually, enticed me to sign up for it and give it another try. 4 years later, another failure.

I have tried. Over and over again. Relentlessly. I have really made an effort to make it work. To contribute into different conversations that were happening in my networks adding my two cents’ worth of commentary. As always, on the constructive side of things. Co-learning together. No exceptions.

I made an effort, rather often, to share fresh and relevant content without tooting my own horn by promoting either my services or products too much. You know, respecting the golden 80% – 20% rule. I genuinely wanted to build and sustain, over time, my own social networks in there by applying plenty of curiosity and an open mind about what people were sharing and conversing. I tried resisting the temptations and obnoxious practices by LinkedIn’s own borked algorithms trying to entice my ‘engagement’ through plenty of manipulative practices while eventually neglecting the true hard code element in building one’s network: the conversations.

In the end, I realised it was a lost battle. No matter how hard I would be trying to have a decent LinkedIn experience, trying to contribute into the overall effort of having a really powerful and inspiring networking platform for professionals, I always got punished by the stupid LI algorithm when it kept pushing down those posts in which the conversations were just incredible, but the ‘engagement’ rather low. You know, those posts that didn’t have too many Likes, or photos, or surveys, never mind the selfies & groufies, badges, new job announcements, and whole plethora of snacking-around time-wasters LinkedIn has favoured all along. Yikes! It sucked!

However, the defining moment for yours truly was when more often than not I would be spending a significant amount of time, energy and effort reading and writing into a (longish) LinkedIn post reflecting on a specific point of view, specially, with regards to working distributedly in the context of the Social Business journey and, lo and behold, the punishment was just around the corner about to hit me.

Either the disappointing imposed character limit, or being sent into oblivion by the algorithm pushing that post to the bottom of the ‘pile’, if I were lucky, but more often not even showing up on my contacts’ timelines, as I was capable of confirming dozens and dozens of times. How fundamentally flawed can you be as a networking tool, if your main goal is to either hide or stop the conversations people could be having in your platform by consciously manipulating the content they share in your favour, not theirs? I mean, how on earth have we allowed that to happen? 🤬

No, thanks! I’ve had enough with it. I’ve had to stop putting up with the farce LinkedIn has become, because, if anything, it was starting to damage my own presence and participation, if I were to buy into its modus operandi: that is, entertain an audience with useless content to reflect upon and not learn much, but give them feel-good  ‘engagement’ to lighten up a little bit their already miserable workday.

You see? That’s perhaps one of the several things I have learned to loathe and detest the most from LinkedIn itself over the years in terms of what it does with the content you share across in the platform. It incentivises you, pretty much like a lab rat, to live off the good vibes (In Spanish there is a word to describe it pretty nicely as well: ‘buenrollismo’) by rewarding you with ‘engagement’. ¡Look here, look at what I am doing. I am cool!’ 🤢 But, in reality, what it is doing is essentially granting you, in the midst of a miserable day at work, a feel-good moment, so you can keep coming back when things get direr at your workplace and LinkedIn becomes just what it fosters: a form of false escapism into a mindless void of no return.

Can you imagine? If we were all believing everything that everyone keeps posting in LinkedIn, my goodness!, today’s workplace would be such a wonderful, inspiring and refreshing experience that we wouldn’t want to leave it any time soo! We would all be glued to our offices exhausting ourselves out of pure joy unregretfully.

Alas, reality keeps telling us otherwise. Yet, LinkedIn has made a conscious choice to give you those gratifying moments of ‘engagement’ as an opportunity to keep you entertained, well fed and with plenty of sky-through-the-roof good vibes installed permanently in your brain. Are you numb yet? In a nutshell, snacking around to no end, instead of working hard your way towards preparing AND enjoying a wonderful full meal. A better workplace for us all that we can co-create together.

I am grateful LinkedIn has finally managed to show me it’s not the place in which I’d want to heavily invest my energy, effort, intent AND conversations from here onwards towards aiming for a better workplace. Somehow, I feel the magic for that shift to take place is elsewhere and I’m now, finally, ready to play and explore it, away from the brainless toxicity LinkedIn exudes.

Social, Digital Tools were, still are!, meant for something else. A different journey altogether for each and everyone of us. Not just the few usual suspects. If you remember, all along, it’s the journey towards becoming a Socially Integrated Enterprise having already freed the human batteries.

That’s never been LinkedIn’s purpose, but ours and ours alone.

Let’s not forget that, shall we?

4 thoughts on “How to Stop LinkedIn’s Toxic Algorithmic Manipulation”