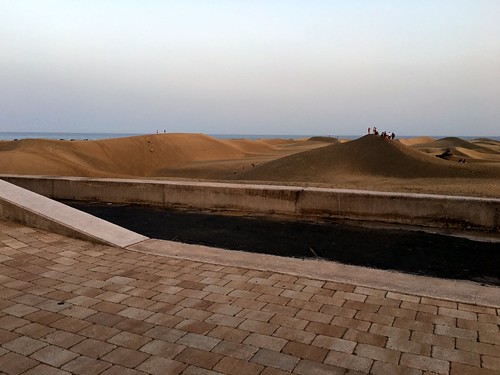 Over the weekend, the one and only, Dave Snowden, put together what I think would probably qualify as one of the top 3 blog posts you may well read during the course of 2016. Just the first paragraph will do. It is that good on its own. In fact, if there would be a way to describe what this year has been like so far (thinking we still have got three more months to go), I don’t think it would get any better than that. I am hoping my good friend Dave will forgive my liberty, but I’m just going to reproduce over here that first paragraph, so you may have a look and judge for yourselves. I can strongly encourage you all to then go and read through out his entire blog entry and sign up, if you can help. It will totally be worth your time. To quote:

“There was a wonderful, if depressing, tweet from J.K.Rowling yesterday: If we all hit ctrl-alt-del simultaneously and pray, perhaps we can force 2016 to reboot. Brexit, the rise of Trump, the failure to support the peace initiative in Colombia, support of elderly white socialists, Universities are closed in South Africa by riots arguing for education and so on. Racism and misogyny are legitimised by popularism. The Chinese curse to live in ‘interesting times’ might have been made for this year and its not over yet. It’s been called a post-fact society, a world in which reason has little or no place, people vote against their own interests and the establishment is rejected as an act of rejection, not an act of reasoned protest. Syndicalism and being part of a movement is more important that to actually change things. We live in echo chambers, augmented and enabled by social media, to prevent encounter with any uncomfortable truth. We live in a world where despair legitimises any protest and in a world of pre-victorian levels of income inequality and opportunity who can dispute the morality of those who are the victims of a system which is maintained for the elites?”

WOW! I mean, just WOW!! Yes, it’s one of the most thought-provoking, mind-boggling paragraphs you will be reading in a long long time. And yet, there is one single sentence that, when referring to media tools and their current impact, it pretty much nails it for me as to why I’m no longer as comfortable and confident, as I used to be, to continue making heavy use of them to change the world we live in. Why? Well, because, if anything, we are doing everything else but change the world. In fact, we are probably making things even worse. Allow me to explain further what I mean with the sentence itself from Dave I am referring to: ‘We live in echo chambers, augmented and enabled by social media, to prevent encounter with any uncomfortable truth.’

You know, I don’t necessarily mind the need to have echo chambers per se, as I feel they may well be somewhat necessary to make us all feel somehow more comfortable, to a certain degree, with the unknown territory of the complexity domain, so that we can attempt to make some sense out of it all, collectively. However, when those echo chambers turn on their own filter bubbles to just augment the worst in all of us showcasing our very own dysfunctional behaviours, and, specially, through the impact of the so-called social media, I am no longer sure that amplified through media tools echo chambers are good to humanity, in general. Indeed, welcome to the awfulness of the social media shaming phenomenon.

Sharon Richardson, also over the weekend, reminded us all of such dreadfulness pointing us to this rather poignant TED Talk by Jon Ronson under the rather provocative title ‘How one tweet can ruin your life’, where he gets to talk about how voiceless people like you and me can now, finally, have a voice with media tools like Twitter, for instance. A new, ‘powerful and eloquent tool’ that inspires ‘a democratisation of justice’ where ‘hierarchies would level out’ and where we would be doing things better. Except that, after a while, we didn’t. At one point in time we realised ‘we want to destroy people, but not feel bad about it.’ And we did oblige accordingly.

My goodness! When did we transform ourselves into ‘unpaid shaming interns of Google’? When did we decide to turn Twitter, as one example of many others, into a ‘mutual approval machine’ where we get to approve one another, even to the worst of both our individual and collective behaviours? Where did we lose our capacity for empathy? That seems to be at the heart of it all as Jon himself nicely concludes on his TED Talk referenced above:

‘The great thing about social media was how it gave a voice to the voiceless people, but we are now creating a surveillance society where the smartest way to survive is to go back to being voiceless. Let’s not do that!’

Indeed, Dave himself also puts it rather nicely with this particular quote, along the very same line:

’But escape we must and that escape will not come by condemnation, indulgent sarcasm or condescending humour (and that was as much confession as condemnation). If I pickup the very basic lessons of what I have taught over the years then we have to start from where things are, not from where we would have liked them to be, or think they should have remained. ‘

I am pretty certain you would agree with me that today’s media tools, compared to, say, 10 or 15 years ago, are not the Social Web I think we would all want to build, create, nurture and sustain over the course of time. More than anything else, because there seems to be a complete lack of both constructive feedback and healthy critical thinking, as well as adding value into the conversations by not only creating and making, which I realise is way tougher than just destructing, but also by showing empathy for others to the point where we seem, instead, to first seek that self-assurance and approval by others, usually, of our worst behaviours and within our very own echo chambers, than try to put ourselves in the shoes of someone else, specially, if they are total strangers, just to see what it feels like.

Dave himself writes in that stunning blog post referenced above already what empathy is all about: ‘the ability to see things from different perspectives is creating something sustainable. That means exploring not only the ways in which we engage citizens, but also how we create meaning.’ And if we ought to lead by example, and, believe me, we surely should be leading by example, we probably have got to start here, that is, questioning what kind of smart use do we want to give to all of those media tools and figure out for ourselves, and our future generations, what kind of Social Web do we want to have and thrive in? One where we all turn into voiceless humans, once again, because of the ill-behaviours of a very few amplified and augmented by the good people or do we want to continue with that Social Revolution I blogged about three years ago and that we started over two decades ago when the first instances of social software tools came about?

Tons to reflect upon, I am pretty certain, but perhaps this week is just the perfect one to get things started as tomorrow we get to celebrate Ada Lovelace Day. In fact, as we continue to make use of these (social) media tools, we probably should start asking ourselves this initial question, without even venturing, just yet, to have an answer for it: Is today’s Social Web the one Ada would have wanted all along for our future generations?

Something tells me that’s not the case, so the follow-up question would be then, ‘what are we doing about it?’ How do we prevent and enable those human voices from becoming voiceless once again? Something tells me that empathy will play a key role, and since empathy is actually a choice, it may well be down to us all to start questioning what do we want to get out of all of these (social) media tools in the first place. If not just for us, for Ada herself. How can we treasure and celebrate her legacy? It’s the least we owe her, don’t you think?

One thought on “The State of Surveillance We, The Good People, Are Creating”