After having enjoyed the first truly relaxing weekend in a few weeks with all of this maddening travelling spree, and after having seen today Monday pass by faster than any other one in the recent past, here I am again resuming my usual blogging activities, now that I don’t have any plans for any upcoming trip for, at least, a couple of weeks. It was probably about time and, once again, here I am ready to share with you a few thoughts on the weekly progress report on my giving up e-mail, i.e. corporate e-mail, new endeavor.

This particular report is going to be a special one, more than anything else because it has produced one of the busiest weeks I have had in a long while and one that, to me, would be difficult to forget altogether. And you will see what I mean with that statement over the next paragraph or two. For now, I think it would be interesting to pick up the subject of the progress report right where we left it; on week 21. Thus, without any further delays here you have it:

As you may have noticed, and obviously to be expected, too!, Friday, 4th of July, was a very very quiet day as far as incoming e-mail was concerned. The rest of the days were along the lines of what I have been getting as well, except for Monday, where you see one of the highest peaks, ever since I started with this new reality of mine. A total number of 17 e-mails for a single day! Thank goodness the rest of the week behaved a little bit, because otherwise it would have been plenty of good fun! … NOT!!!

I am sure that by now you may be wondering what actually happened during that day, and I must say as well over the course of the weekend, since all of that e-mail got accumulated into a single day. Well, before I go into detailing what eventually happen I would like to comment on a few of the comments that people have been leaving in past entries and which I haven’t responded to just yet. Stay tuned because I am going to introduce a couple of changes in that respect this coming Wednesday which I am sure are going to improve their visibility and awareness, as well as my involvement with them. You will see what I mean, when I create a short blog post on the topic very shortly.

Moving on further with what I was just mentioning above I would like to point out to you the main reason why that day I got one of the highest number of e-mails in a single day, since I got things started: I Freed Myself From E-Mail’s Grip. Yes, indeed, the NYTimes article I got published during that same week, and which provided a massive load of incoming discussions from all over the place (IM, blogs, wikis, e-mails, etc. etc.). I already talked about it briefly in a previous blog post, but at this moment in time I am currently working already on another blog post where I will be roughly commenting on some of the different points brought out by different folks commenting on the article itself, just like what I have done with similar articles I have bumped into over the last few days. Should be interesting. I am sure. 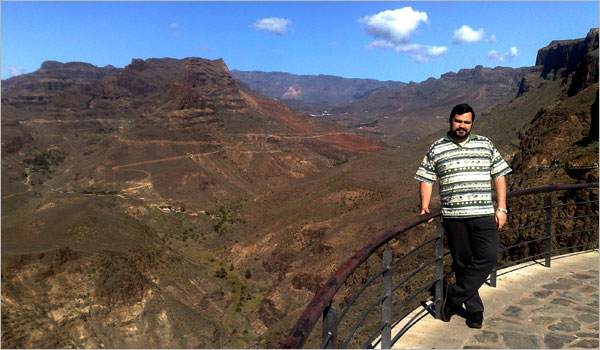 However, what I wanted to share with you is a little bit of the significant impact that particular article has generated so far. It didn’t create much traffic coming into my blogs, contrary to what most people thought at the beginning, but the amount of incoming links from all over the place has been remarkable and just wanted to indicate what will be happening next.

Most folks, and for that matter, most of the reactions have been along the lines of how most people can’t believe that I am able to successfully give up on e-mail, that is, corporate e-mail, and instead make much more heavier use of social software. Plenty of folks have been saying how rude I have been all along ignoring people’s e-mails and forcing into other venues of conversation to collaborate or share their knowledge, or how it has been a rather easy job for me from the perspective of my job role: a social computing evangelist @ IBM. So everyone feels that if they all were in my same role they would be rather keen on achieving, and succeeding, in doing the same thing. Or finally, some folks have been indicating how lucky I am for working in IBM and having access to a very robust IT infrastructure that would be supporting my needs along the way.

Well, because of all of those comments put together by people, and just because I feel it is a good time now to get things going, I have decided to take things into the next level and help other people achieve the same goal I have been enjoying over the last five months: stop using e-mail to collaborate and communicate with other peers and use social networking tools instead. So to that avail I have now decided to change the name of my blogs and incorporate the theme of what I have been trying to do all along.

Thus what used to be elsua – a KM Blog by Luis Suarez, is now going to be elsua – a KM Blog Thinking Outside The Inbox by Luis Suarez (Special thanks to Stowe Boyd for the fine tuning of the blog title as well!). I am also trying to change the title of my other Internet blog over at ITtoolbox, but it may take a bit longer for the changes to be reflected. Still the move is now done and I have decided that from now onwards, I will still keep sharing with you folks topics related to Enterprise 2.0, Social Computing, Social Networking, Social Software, Collaboration, Communities, Innovation, Web 2.0, Knowledge Management, Knowledge Sharing, KM, etc. etc., but at the same time I think it is also time for me to progress further with the progress reports and actively show you how I eventually get it done. On a day to day basis.

That basically means from now onwards I will be sharing concrete tips on what you could do to give up on e-mail as well and join me in this new reality of mine where productivity has taken a new level, to say the least!

Yes, that is right, the regular blogging activities will still have their place over here, but I am also going to start sharing some further thoughts on how knowledge workers can move away from e-mail and become much more productive by making use of social software for their day to day job. And to get things going with those concrete tips I am planning on linking and referencing back some of the different articles, blog posts I have been exposed to and which would help me settle down the ground of how I can show you the way it can be done. Let me tell you, a lot easier than what you would think!

For now though I am going to leave things as is over here, confirming that a new adventure has just started over at elsua.net and I am hope you would want to be part of it as well, because I am sure it is going to be plenty of fun at the same time that I would be more than happy to share with anyone how I am actually ending up not working my way through an e-mail overload, but more a social software abundance of various different interactions…

(I surely am! Let’s get the fun started!)