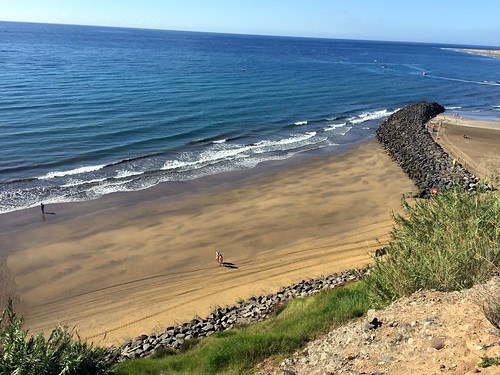 It’s been nearly 6 years since the last time I have put together an entry over here in this blog, where I was recommending some of my favourite Productivity & Social Apps for iOS, in order to get work done more effectively, that I keep using on a regular basis, even to today. Since I am about to embark on resuming that series of articles, once more, as I mentioned on the recent write-up about my initial user experience with my iPad Pro, I am very aware that some things may have changed so much I doubt those blog posts from back in the day would relate much to this upcoming series. And perhaps that’s good news on its own, we shall see…

As a starting point, I’m no longer a salaried employee, but a freelancer, which will change perspectives a fair bit in terms of defining both my needs and wants as an independent mobile knowledge (Web) worker. I have also transitioned into becoming a digital nomad versus being attached to a single work location (usually, my home office), as I was till not long ago, and, most importantly, the devices and Apps I use nowadays have upgraded themselves to such level of perfection that my very own user habits are no longer the same. You will see what I mean shortly, but, for now, let me just say I’m really excited to resume the ‘My Top 5 iOS Apps of the Week’ series. Are we ready? I surely am.

But before I get started with this series of blog posts I should also state that I’ll be blogging about my favourite iOS Apps that would be suitable for either my iPhone or my iPad Pro, or both! And, at the same time, I will include a single one liner, or two, as to why I have got them installed in the first place and why I use them on a more or less regular basis, at least, multiple times per week, if not daily. That way you folks may well be able to get a good glimpse of what my daily productivity and social collaboration activities are like. Of course, I will also be looking forward to hearing about your suggestions and recommendations on Apps I should check out in the comments section and I’ll be more than happy to take your advice on board, take them for a spin and report back on what my user experience has been. I am certain that’s going to be one of my favourite follow-up activities from this series. So let’s get busy!

And that’s it for now! I don’t want to extend myself any more than what I have already to give you a glimpse of some of the reasons as to why I have chosen this initial set of iOS Apps for the series of blog entires on my ‘Top 5 iOS Apps of the Week – Week #N’. Hope you folks may have enjoyed reading through the blog post itself, just as much as I do making extensive use of these iOS apps and, as always, I shall be looking forward to your comments below and further suggestions about other apps you think I should consider that may be worth while using regularly to help improve my over all user experience as a mobile knowledge (Web) worker. So, which app(s) are your favourite ones so far? Oh, and, most importantly, why? I guess that with 47 million iPhones sold throughout 2010 and with 20 million plus already expected for Q1 in 2011 there is very little I would probably need to add about the tremendous impact of the iPhone within the smartphone market, whether for business or for personal use. Or both. So earlier on this year, around mid-summer, and after having waited for a couple of years, I, finally, took the chance to upgrade my good old 3G iPhone and get back on track with things with the iPhone 4. Thus, I got my hands on one. Yes, the very same one that dealt with the antennagate, which I never saw, nor experienced, by the way, in the nearly six months I have been using it extensively all over the place, including abroad. And counting … Certainly, one of the major gadget highlights for me for 2010, specially, since it allowed me to reacquaint myself with that good old concept of smart mobility without continuing to have that feeling I have been missing something for a while…

And so far the experience has been phenomenal, to say the least! It’s helped me get reacquainted with a good bunch of the iPhone Apps I fell in love in the first place when the iPhone 3G was still usable, plus a whole bunch of new ones that have come along rather nicely in the last few months. So when I resumed my blogging activities after a rather long hiatus not long ago I mentioned over here how, very soon, I would also be opening up a new series of blog posts, pretty similar to the My Top 5 iPad Apps of the Week, but instead of just sharing my favourite iPad Apps, I would also start sharing my iPhone Apps, with pretty much the very same flow, including the iPhone Game of the Week. That way folks, who may be interested in learning what interesting and rather helpful Apps there may be out there that I have been using lately, would have an opportunity to check them out themselves as well.

At the same time, and just like for the iPad Apps, it would give me an opportunity to create a record, an archive, of the ones I have been sharing already over at Twitter, under the same hash tag: #elsuapps before they all disappear into thin air, like it’s happened in the past. Now, I do realise how this series of blog posts are actually going to be much shorter than the iPad Apps ones and, eventually, I wouldn’t be surprise if both series of entries would merge into a single one as the reach and impact of the iPad become more and more apparent and we can move in right into what matters: sharing the odd tips here and there on really helpful Apps that perhaps you should not miss out. Nor me! Because, as usual, I would want to also welcome folks to leave in the comments section their favourite picks, tips and suggestions of Apps I should give a try as well and eventually incorporate into #elsuapps at some point in time…

Thus without much further ado, and hoping you would find this series of shorter posts on iPhone Apps somewhat helpful, here we go with My Top 5 iPhone Apps of the Week – Week #1:

And that’s it, folks, for this time around! Hope you get to enjoy some of those various iPhone Apps mentioned above and stay tuned for upcoming blog posts where I will continue with the series of #elsuapps for the iPhone. Oh, and don’t forget to share your favourite picks in the comments as well!