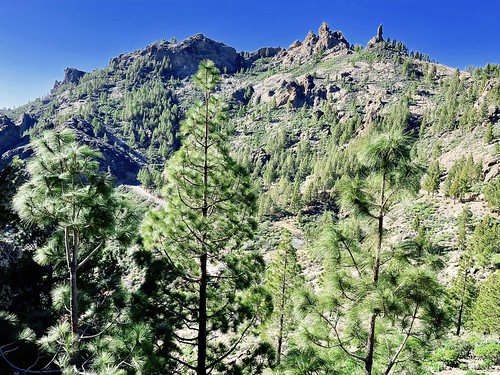 In a previous blog post I covered the subtle differences between Remote and Distributed Work, and how we should be a bit more careful when using one or the other concept in order to avoid further trouble and potential confusion. They are not the same, but rather diametrically different!

With that piece I also wanted to start up a series of articles over here in which I will cover plenty of myth busting around working distributedly. All in all, as an effort to address the many false and misleading narratives we’ve been taught to believe without questioning (we will see why and by whom!), as the brave new-normal we all ought to embrace.

Well, not so fast, my dear friends! Shall we get started then and bust some of those myths? Let’s begin with one of the most poignant and disappointing ones so far: The Hybrid Workplace.

As more and more organisations are already starting to mandate their employees to return back to work, i.e. back to the physical office (As if we haven’t been doing that -hard work- for the last couple of years already in the midst of a pandemic, right? My goodness, wrong start!), we are beginning to see how plenty of them have decided to adopt a so-called hybrid model of work.

You know, we will all continue to work from anywhere some days of the week, while some others we will be getting back to the office. It will eventually be down to either company policies or the discretion of the management line(s) to decide what’s best for their team(s); or perhaps even employees themselves will confirm what would be their preferred option. Either way, it’s all been presented as something new, shiny, revolutionary, disruptive to no end, an exciting, innovative new way of working, eventually, that brave new-normal I mentioned above, when, in reality, it’s everything but new!

Here is the thing. When I first started working remotely back in 2001, I already was using a hybrid model of work. I’d be at the office on both Tuesdays and Thursdays and the rest of the week I’d be working from my home office. So much for a new, disruptive and revolutionary new way of working as a result of the pandemic, right? Well, I am afraid not! I was already doing it over 20 years ago. And I wasn’t alone, frankly.

You see? We have always been hybrid. I definitely didn’t start it. We’ve been having this broken model of hybrid work for decades already! And, all along, it has been quite an spectacular failure from which we don’t seem to have learned much over the course of the last few years. Allow me to explain further what I mean…

Every single organisation has got two distinctive groups / business units: sellers and consultants. Next time you bump into either of them ask them to remind you kindly how often they were (before the pandemic) at the physical office and wait for their response. I bet you will be surprised by what they would tell you, although I suspect it would be very much along the lines or one or two days per month, if they were lucky. Why? Well, because the longer they would be at the physical office, the more revenue opportunities they would be losing by not being out there with their customers.

By the way, while you are there, ask them how that hybrid experience has been working out for them over the years. Then take copious notes, as you’re about to make plenty of the very same mistakes we’ve made all along. It’ll be pretty spooky, exhausting and scary at best, I tell you, and then we will be questioning, really, if this is the so-called future of work we’ve been promised…

We have always been hybrid. Every single organisation. No exceptions!. Unless, of course, the business didn’t have any sellers, nor consultants, but even without those groups we were still hybrid. Remember when we had to stay home to attend or look after an elderly relative, or one of our offspring not feeling well, or perhaps go to the doctor, or run some other personal errands? Those days we weren’t at the office, indeed, yet, we still got the work done while going hybrid for the day. New, revolutionary, innovative way of working. Ha! Not likely!

So, why did we buy into this so-called Hybrid Workplace concept, as an opportunity to return to the good old status quo of how things were running back then, but through this intriguing brave new-normal, i.e. post-pandemic? And, perhaps even more importantly, why didn’t we challenge what we already know doesn’t work, because it’s never worked? (Remember the copious notes I asked you write down when you asked your fellow colleagues who were hybrid already?)

In short, how did we come to accept it without questioning it? Well, in a nutshell, a single keyword: Control.

Take a look into this brutally frank and rather thought-provoking tweet storm by Simon Wardley on this very same topic in October 2020:

X : Are you saying that the rush to get into offices and universities is about control?
Me : A lot is about power. Have you not noticed the democratising effect of zoom and the attempts to reintroduce status / power via backgrounds, office studios and who gets what buttons?


Please do take the time to go through the entire thread. It’s totally worth it. And then when you are done with it, pause & reflect for a minute, then dive right into this other one he put together, nearly a year later, that will certainly punch you in the gut, making you feel far too uncomfortable to admit we’ve been doing it wrong all along:

… so I fully expect oodles of “hybrid” noise, see cloud as well.

Hybrid is just a way of saying “let us have the future but just like the past because we’ve spent lots of money on the past”.

It never works but we never seem to learn.

Ouch! Feeling depressed yet? No need, really. Even though plenty of IT vendors, marketers and consultants (As always!) have been trying to sell us all of the perks and benefits behind this hybrid model of work, as the next best thing to happen to us all!, there is enough time for us. Don’t get distracted by their fancy words and new shiny toys (= digital tools) that keep perpetuating the very same use cases we’ve been (ab)using all along when getting work done. We are only at the beginning stages. We still have a chance, AND a choice, to make it through while helping organisations understand the shift we very much need to make towards becoming #DigitalFirst and adapt accordingly.

Within this series of myth busting blog posts around distributed work, I also intend to share, over the course of time, plenty of emergent business practices, hints & tips, methodologies, frameworks, governance models, social, digital tools (to help enable the shift to embrace work from anywhere), etc. etc. But, for now, and in order to get ready and prepare accordingly, I am going to ask you all a small favour, if I may…

Take a look into this superb article published by Simon himself from nearly a year ago on ‘How organisations are changing’. It’s a long read, but it’s totally worth the time. Even more so when, as a result of that article and the underlying research he conducted during that time, he came up with this publication, which is the best next thing you can do to yourself and your colleagues when you dive into it to get ready for what’s to come: ‘On industrialisation: A Technology-driven Path to the Next Generation Organisation ‘.

In this additional tweet storm he explains quite nicely how he came about that piece of research, its purpose and the point he was trying to make. And, just like myself here with this blog post, and as part of this myth busting series, we are on the tipping point of having to decide for ourselves whether we would want to continue working for a traditional company or, if instead, once again, we are brave and courageous enough to work for the next generation organisation.

After 20+ years of working distributedly, relying on social, digital tools to connect, learn, share and collaborate with my peers in order to get work done more effectively, I know where I stand. Do you?

I surely hope you all do! There’s a lot of really good and hard work still to be done. With plenty of exciting, exhilarating and changing times ahead! Yet, we shouldn’t get too distracted away by inertia nor conformism of a dying system & stays quo that are just trying to fight their last battle giving us plenty of the good old same work model(s), i.e. hybrid, when we are, finally, entering the XXI century to become distributed, decentralised and socially integrated #DigitalFirstOrgs.

Are we ready? You bet we are!