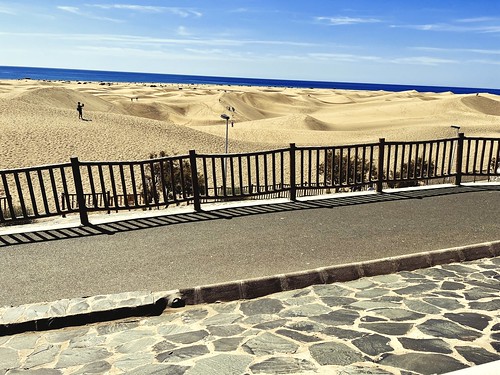 Once upon a time, there was work. Then, the office. After that, remote work started to grab some more momentum by the day with the emergence of different technologies. From there onwards, distributed work became the new-normal before we could even blink! And, finally, all of that was followed by the hybrid workplace. Phew! What a ride, eh? I have always found it really interesting, and equally intriguing!, how little we get to hear (or read) on the many subtle differences between one and the other. And more specifically, between remote and distributed work. Are they one and the same? For vast majority of people it seems that way, but let’s explore further why they are fundamentally different. It’s all about the dynamics of power.

Ever since the pandemic broke away, nearly three years ago, vast majority of the workforce started getting used to the idea of working away from the traditional office. Remote working, most people called it. You know, it was that new shiny thing that took the corporate world by storm. Or so we were told. All of a sudden, it felt as if most organisations discovered a whole brave new world. Yet, they didn’t. They just caught up with decades’ old reality for a good number of us!

I started working remotely back in 2001, when I was living in The Netherlands. Back in those days I had plenty of colleagues who had already been working away from the traditional office since the mid-80s. Yes, you are reading that correctly. Since the mid-80s! Thus one could say that remote working has been with us for a good while already! And the same could be applied when you come to think about digital nomadism. Indeed, digital nomads have been working remotely for decades already. Nothing new, really, it’s only that perhaps nowadays we, finally, have got both scale and decentralisation.

That, to me, is essentially the main difference between remote and distributed work. That’s why neither of those terms is interchangeable with one another, despite what we keep getting told. Quite the opposite! Again, back to the dynamics of power and how work gets done in the midst of it, or not!

All along, remote working has essentially been about a hub / spoke relationship. You see? You, as a remote worker, are the spoke(s), working away from anywhere. Your manager(s), on the contrary, is the hub, working all the time from the office, while you report to him / her, accordingly and in a timely manner. Notice the power struggles coming along nicely yet?

No matter what, you always end up having to go back to the traditional office, where the power, influence, status and whatever other symbols continue to thrive and remain strong. Even today. It’s an uphill, never-ending battle. And a rather toxic one, too!, for that matter, because, if you would want to keep up with all of the corporate politics, the bullying, the gossip, the sucking up to the boss, the not wanting to miss out on what’s going on within the four walls (just in case!), the advancements in your personal career, that promotion, that salary raise, even your own reputation, you cave in and, eventually, hover around the office yoke. And, right there, you are trapped. Forever!

Welcome to the Hybrid Workplace! 😈

That’s what remote working has been about all along. If you find that hard to believe, ask those colleagues around you who have been working remotely BEFORE the pandemic and find out why everyone is feels so dirty and so keen to return back to the physical office. It’s just like you can’ even escape it, even if you would want to…

However, there is hope. We still have got a chance. We still have a choice. Things don’t have to be that way. If there is one thing we’ve learned over the course of the last two and half years is that working from anywhere (Usually, demonised as working from home) is no longer a dirty word. It’s become the new-normal in which we all have skin in the game. You see? That’s what’s different about distributed work. We are all now working away from the physical office and all of those symbols and rituals I mentioned above, all of those power struggles, are now a thing of the past.

Work is no longer a physical space, but a state of mind. Why? Well, amongst several other reasons, we have all become tiny windows in our computer screens. Even (senior) managers & leaders. All of a sudden, the new currency on how work gets done is through the asynchronous conversations we have with one another through all of the different social, digital tools we have been having at our disposal for a good while now.

That, in nutshell, is the main difference between remote and distributed work. Remote = centralised; Distributed = decentralised. Remote work still relies quite heavily on face to face interactions, as you head back to the office every now and then to check in with your manager and your colleagues, whereas distributed work happens all async, away from all physical constraints. At your own pace, on your own terms, with whom you would intentionally want to collaborate, cooperate or learn with, allowing facilitated serendipity to kick in and do its magic. Does that sound familiar? I bet it does. Specially, if you have been advocating, supporting, enabling and helping your fellow colleagues adapt to social tools or Enterprise Social Networking platforms (a.k.a. ESNs) over the course of the last 15+ years.

Once again, we have got a rather precious and unique opportunity ahead of us all. It’s not too late, just yet. We still have got a chance to decide if what we would all want for work to look like what it has been all along, centralised, therefore, remote work, or whether we are brave and courageous enough to, finally, dive into the XXI century and jump the shark towards embracing distributed work while adapting, as best as we possibly can, to social, digital tools.

That’s why from here onwards, I will be putting together a good number of different blog posts to detail what it is like embracing either remote or distributed work, so that when we decide to stick around with one or the other, we know AND understand better what may well be the potential consequences of having made such decision, how that impacts the current status quo, and how to navigate, as best as we possibly can, those power dynamics I have mentioned above.

You may be wondering why I do feel so inclined to write such posts over here, I suppose. After all, who am I, right? My answer? Well, 21 years of first-hand experience, starting off as a remote worker for the first 3 years, and ever since as a distributed one. Having navigated successfully the different power struggles. All in all, and throughout the last few years, with the incommensurable help and support of the open social networks and online communities I belong to, and that they have, eventually, supported me to co-build the work I/we know own. Together.

And as part of that process, to bust the many myths and false narratives we seem to have bought in recent times, as the system keeps fighting back vs. adapting to what’s already both unstoppable and inevitable. Latest culprit? The Hybrid Workplace. How did we buy into that? 😤

But we will talk more about that one in an upcoming blog post … For now, allow me to ask you all a couple of  questions, and perhaps reflect some more on them from here onwards, are you a remote or a distributed worker?

Where do you want to live?

3 thoughts on “Differences between Remote and Distributed Work – All about Power, Symbols and Rituals!”