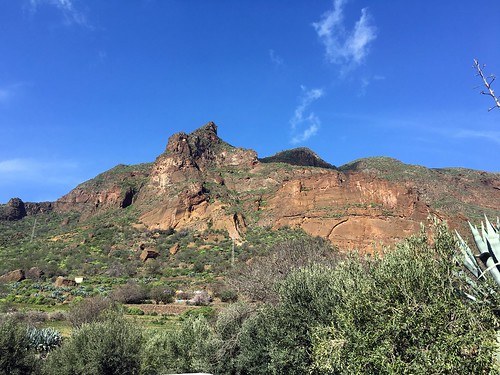 A couple of days ago Tim Beyers wrote exactly about that very same subject in a rather interesting Fast Company article under the suggestive heading ‘Why Teams That Cook Together Work Better Together’, where he shared a couple of relevant stories from companies like PLAE and Segment that are using cooking food as an opportunity to help their teams get together and collaborate more effectively in an environment that’s totally different than their day to day operations. To quote Milbank, from the article itself, here’s the main reason why they do it:

‘Ultimately, it’s about teamwork, thinking creatively with one another and working under a time and budget constraint.‘

My goodness! I can totally relate to it and big time! Over 4 years ago, Bob McMilan once asked me, while he was interviewing me for his Wired piece on ‘IBM gives birth to amazing e-mail-less man’ (as part of the #NoeMail experiment), where did my inclination to connect, learn, collaborate and work together closely with other people come from? Where did it start exactly? What was the trigger? Well, my first initial reaction was to eventually mention the very first project I started working on at IBM back in January 1997, but he kept insisting to go even further back, before I started working in the IT industry. And I had to think…

I had to think really hard, because it wasn’t very obvious at the beginning, but once I realised about it, BOOM!, it was right there, right in front of my face! Two different activities, one followed after the other, were the ones that triggered that spark towards understanding the importance of teamwork no matter what you were doing or working on. Funny enough those two activities were related to a couple of passions of mine that decades later are still pretty much intact: basketball and cooking.

I started playing basketball (point guard, in case you were wondering…) when I was 10 years old (Thanks to my older brother and his own school gang) and I continued to play it till I left my home country when I was 23 years old. Throughout those 13 years, and after having played in a good number of different teams across different divisions, you get to understand how you, as an individual, are pretty much nothing, unless you are a team player and help your team win collectively through each and everyone’s individual effort.

Yes, everyone knows it, basketball is a team sport, who doesn’t, right? But what most people won’t tell you about it is that in order to do something rather significant, as a team, you need to learn how and when to sacrifice the individual for the collective good (i.e. learning to tame the ego, as I usually call it), so you can win the game. That looking after one another, no matter what, helping each other address our very own weaknesses and turn them into strengths, as a team, is probably as good as it gets. It teaches you plenty of understanding of the conditions and constraints around your team, about building enough empathy to utilise it wisely when needed, about helping one another altruistically so that the team benefits in the long run and, finally, about learning to master the art of healthy friction and negotiation that comes through from compromise. Gosh, I still love the game, don’t you?

After I left the country and before I started working in the IT industry, I was a cook, as I mentioned in another blog post last week, in several different types of restaurants in multiple countries (Spain, France, Germany, UK, etc. etc.). It was the experience of working as a cook in an Argentinian restaurant in London though the one that taught me the importance of diversity, of inclusiveness, of understanding everyone’s needs to be different, while still being together, of embracing different cultures, customs, languages, traditions and what not. All in all, you learn to embrace all of that, and so much more!, for the benefit of the cooking team you work with, because everyone in the team knows, no exceptions, we are all on a very specific daily mission: delight our clients (so they keep coming back and keep us employed!).

Of course, there are different kinds of pressure: time, stress, hectic (crazy) schedules, impossible goals to achieve, multitasking, not much thinking (just execute), yelling and screaming at others, and the list goes on and on and on. If you have ever worked in a kitchen environment I bet you know exactly the kind of pressure you are exposed to on a daily basis. The thing is all of those pressures are easily tamed if the team stays and sticks together, that is, if the whole team understands that healthy friction of rubbing it against each other has got one specific purpose: get the work done, effectively, as a team, delighting your clients, whomever they may well be. Yeah, indeed, I still get goosebumps, wouldn’t you?

And then fast forward to 1997, when I started working for IBM as part of the IBM.HELP.NET project team. A team of teams of about 450 people from 40 different countries, 5 continents, speaking multiple languages, doing customer support for the mainframe and PC environments. A melting pot, indeed, of cultures, languages, customs, traditions AND, of course, people, vast majority of them without prior knowledge about the IT industry (Had to be acquired while doing the job after a couple of weeks of training) and yet working really hard every day, neck and neck, to address and fix as many business problems from our customers as we could possibly do.

You knew there always was something up in the air as you would enter the building and meet your colleagues: an inner urge to help them become successful, because the moment they were successful you, too, would be successful for that matter. Part of that collective team of teams effort, hard work and energy, for sure, but there was something else special that glued everything together in a very engaging manner. And it was food.

At one point in time, one of the teams decided that every first Monday of the month, they would gather together for lunch on a single table and each team member would bring in with them a typical dish of their country. The purpose was to lay on that big table some pretty amazing, colourful, incredibly tasty and overall gorgeous dishes everyone in the team could nibble on, while standing and moving around, talking to one another, sharing experiences, recipes, childhood memories, weekend activities, personal hobbies, hints and tips, tricks, perhaps the odd customer problem that needed fixing right after lunch in a timely manner, etc. etc. It was just buzzing altogether!

Soon enough, on that first Monday of every month, another team joined in, and then another, and then another one, and another one, and before we realised it, we had an entire floor of multiple large tables with all sorts of wonderfully yummy dishes from all over the world, literally, waiting to be enjoyed and talked about by everyone who wanted to come along. Yes, that was a very important aspect that most people kind of took for granted, but that those of us who knew what was going on appreciate it the most: it was an open environment and everyone was welcomed! Even people from other floors, other projects, other parts of the business. You can imagine what happened next.

You can imagine the huge impact in the overall team building activities that we had that such a small initiative of gathering people around some delicious food did have over the course of time in terms of helping just that, build community, because that’s exactly what was happening back then and that most people didn’t even notice. We just took it for granted. Yet, whether we like it or not, we are all, after all, social beings eager to connect, learn, share and work together with others and if food can help us achieve that, why not embrace it, right? It’s what makes us all human, that strong sense of belonging, of connecting, of caring for one another. I tell you, it was just mind-blowing altogether!

You know, all of that happened nearly 20 years ago and I still remember it today as if it were just yesterday! I bet that some time soon we may be having a few of them dropping by this blog post and leave a comment to say ‘Hi!’ It pretty much reminded me of this wonderfully inspiring short blog post by my good friend Tony Holder under the title ‘A sense of community’ where he pretty much nails it in terms of defining succinctly what it is like building an engaged, sustainable, committed, involved, open and overall participatory community:

‘All it takes is a smile, a cheery greeting and a few seconds treating people like you want to be treated, as a human being.‘

Well, if on top of that you add some really good food (and drinks, of course!) I can imagine only great things will happen: some bloody good conversations. Conversations through which we can master the art of collaboration and fine, healthy friction.