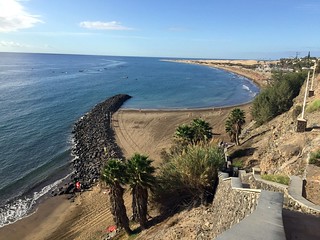 A few weeks back I wrote about the first of the 5 pillars I keep using with clients, time and time again, whenever they are embarking on the so-called Digital Transformation journey. Back in that blog entry I mentioned how having the right purpose is the main trigger to get things going. From there onwards it all starts rolling out and for today I thought I would go ahead and continue with the series of articles and write about the second pillar itself, which I know is going to cause a bit of a surprise, and perhaps a bit of a stir, too, because most people are not going to believe that here we are, nearly at the end of 2015, and we still need them and pretty badly: Social Computing Guidelines.

Yes, that is right, whenever you are embarking on the Social Business journey, right after you may have figured out what the main purpose is for that transformation initiative through social / digital tools, the next big activity to look into is to have a rather robust, representative and relevant set of social computing guidelines. I know what you are thinking, here we are, already passed through 2015, and we still need guidelines? Really? Haven’t we learned much from the last 10 years or so? Well, you are probably not going to believe it, but we certainly do need them!

Initially, because when starting to make use of social tools, whether internally, or externally, you would *not* want to use or talk about rules to describe how people should behave at work, no matter how insistent senior leadership may well be when stating they want to control how people behave in this brave new world of digital tools. Narrative matters, nowadays more than whatever you would have thought of in the past, and that’s the very first thing senior management would tell you that you would need to take care of: ‘Yes, I want to have a bunch of rules, so that my employees would not be goofing off, nor misbehave and what not and instead continue to work really hard. I want to command and control what they do‘. As if that ever happened in the past, right? Bless them …

Here is the thing, if you let that happen you are just opening a can of worms you don’t want to open. Rules, control, entitlement, arrogance, (a certain) position or status, micro-management, etc. etc. don’t work well in an unstructured, almost chaotic, network driven environment where democratisation of conversations by earning the merit, the attention and the conversation of your peers is the new modus operandi. We no longer talk about rules, but guidelines. We no longer talk about imposing a certain method of operating while getting work done, but, instead, work through influencing certain behaviours to flourish and thrive over the course of time. Openness, transparency, publicy, trust, engagement don’t work well with rules. Quite the opposite. Those Social Computing Guidelines are your entrance door into modelling certain new mindset(s), behaviours and overall good business practices.

Now, let’s have a look into what it would be like not having those social guidelines in place. Let’s take, for example, Twitter. Umair Haque put together, not long ago, a superb piece of writing in which it became pretty clear, right from the start, what Twitter is all about without those social guidelines themselves. The World Wide West would not suffice to put it mildly. You haven’t seen it just yet? Take a good look into Twitter’s Trending Topics, for instance, whenever you have got a chance, and you will see the kind of vitriol that takes a whole new level of describing what both trolling and bullying is all about. It’s just as if we are using these social tools as an additional digital layer of sociopathy that de-humanises not only who we are, but also both our actions and interactions with others. No wonder senior leaders are so scared of embracing internally social / digital tools, if they think things would be pretty much the same as what happens out there in the Social Web.

See? There are many reasons why you would want to put together some Social Computing Guidelines in place, before you would run into potential trouble, but perhaps there are two of them that keep coming up time and time again in the conversations I usually have with my clients:

That’s why whenever I work with clients I firstly asked them: ‘What’s your purpose?’ and, right after they have shared across the why, the what’s in it for them, I usually ask them whether they have thought about putting together a certain number of social guidelines to help their employees, and the overall organisation, prepare for the journey. And, if not, why not? Having a conversation about potential social media bloopers and evaluating, initially, the potential (negative) impact they can have within an organisation helps understand why those guidelines may well be needed, after all. From there onwards, ‘how do we get started with them?‘ usually comes up and it’s time to roll up our sleeves and start working on them.

The good thing is when trying to get things started we are never starting from scratch. There are tons of really good resources out there already, as well as dozens of examples, of other businesses and organisations that have graciously shared their own as an opportunity to contribute into the overall #SocBiz community effort. Take a look into the Social Media Governance Web site, for instance, where you will find hundreds of those same examples I just mentioned above. Even just go into Google and search for ‘Social Computing Guidelines‘ and you will find (first link on the top!) the one that has been perused over and over again over the years: IBM’s own Social Computing Guidelines.

Back in May 2005, yes, that’s not a typo, IBM decided to ask a bunch of very brave and rather prolific IBM bloggers to come together over the course of a couple of weeks, and using a wiki, put together an initial ‘Blogging Policy & Guidelines‘ that will then need to be cross-checked with both corporate communications and the legal teams to ensure things were all right and then publicise them both internally and externally. After a couple of weeks of frantic co-editing, updating, adding, removing, revising and working together the guidelines were done and presented to both of those teams. Not a single update was needed and IBM’s Blogging Policy & Guidelines were born. May 2005.

That was, right there, IBM’s opportunity to, instead of blocking the use of social tools, send out a pretty loud and clear message to its employees, customers, business partners and competitors that, if anything, IBM wasn’t going to block access to them at all, but, instead, fully support and embrace them altogether. And IBM’s official journey to become a Socially Integrated Enterprise had just begun. Two years later, pretty much the same group of bloggers, as well as everyone else already using, internally and externally, those social tools, came together again to revise them and update them accordingly with guidelines about new tools, trends, and what not. And IBM’s official Social Computing Guidelines were born. During that time none of us, i.e. that group of bloggers, would know such guidelines would become an industry standard, but they, eventually, did. If anything, reaffirming the power of co-creation, through a wiki, of a bunch of enthusiasts, advocates and overall 2.0 practitioners.

10 years later I keep thinking the main reason why those different guidelines (not rules!) were a success, both for IBM, as well as other companies that decided to adapt them to their needs and embrace them accordingly, was because of two different factors that were taken into consideration right from the start:

With those two underlying principles in mind, and with all of the resources already mentioned above, it’s now a good time to get things going and decide whether you would want to open up the process of creating those social computing guidelines, as IBM did back in the day, or whether you would want to have a representative team, as much as possible, to work on them. Either way, let’s start!

Here are though, some additional thoughts you may want to take into consideration as well when beginning to work in those social guidelines that may prove to be both helpful and relevant:

From there onwards, let the fun begin!

It’d then be a good time to move into pillar #3 of the Social Business and Digital Transformation Journey, where, in an upcoming blog entry, I will be talking about Building a Solid Library of Use Cases to help your 2.0 practitioners dive right into how they can get work done more effectively by working smarter, not necessarily harder. By making good use of the social / digital tools at their disposal, focusing on the tasks and activities at hand to help, in the long run, entice a new set of behaviours and mindset and, overall, good business practices to become a successful Socially Integrated Enterprise. But that would be the topic for another blog entry coming up next! 😀