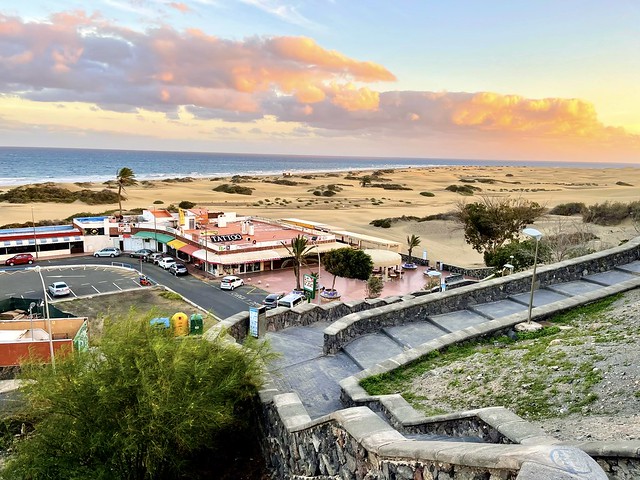 Apparently, innovation can only happen within the four physical walls of an office. Who knew, right? Or, at least, that’s what we have been told by certain people, once more, as another false narrative that demands we all get back to work, i.e. back to the office, if we would want to continue pushing for innovation to thrive. Gosh, as if the last two and half years have not proved, repeatedly, how, if anything, we’ve been innovating all along, while away from the office, in the midst of the worst healthcare emergency in recent decades!

Hasn’t there been enough proof yet?

Why do we still keep believing the lies, the fabricated half-truths, the dirty efforts to mandate certain behaviours and habits upon us all that, if anything, keep damaging our ability to do our best, most creative and productive, work while not necessarily being at the office? Why?

The reality is innovation is a whole lot more nuanced than just stating the obvious: i.e. you need to be in the office, rubbing it with each other, smelling one another, throwing ideas on the table as loud as you can, put together a bunch of fancy sticky notes on a wall no-one will ever do anything about with, move on to the next meeting, etc. etc. You know, innovation with a small ‘I’.

The thing is research has proved time and time again, even before the pandemic started, that we can pretty much innovate from anywhere, as long as the right conditions are provided. And it definitely is not a discussion of choosing between one option (= distributed) or the other (= office), but a healthy and balanced combination of the two. Eventually, it’s about having a choice. Your and your team’s choice. Negotiated, contextualised and fit for purpose.

In a way, it reminds me of this LinkedIn post I shared over a year ago, in which I was referencing a superb article (‘Work from home will NOT destroy creativity‘) published by David Rock. If you would allow me, and seeing how volatile LinkedIn can be sometimes, I am going to take the liberty of adding over here the same quotes I thought were (still are!) rather relevant from the article itself to, finally, help bust that myth that innovation can only happen at the office:

‘[…] Just because something feels good doesn’t mean it is better. Often, this is a type of expedience bias — where we go with what feels right, as opposed to really considering all available data.’

‘[…] getting together in the office, while it might feel good, doesn’t increase original, creative thinking. If anything it reduces it, and increases incremental thinking or expanding on what you already know. It turns out, to increase actual creative thinking, you need something rare in a busy office.’

Hold on, it gets better. David is on fire with this other particular quote I also referenced:

‘One of the reasons those engagement scores went up during COVID is because there was naturally more autonomy. The nature of being at home, or co-working, and sometimes being surrounded by family or children, created stress in pockets, but it also meant you could spend 45 minutes on eating lunch with your spouse, walking your dog or doing yoga, and still get your work done. Decades of research has shown that giving people more autonomy or control over a situation can be a powerful stress reliever, and driver of positive emotions. In short, control over one’s schedule and one’s day was powerfully engaging.’ [Emphasis mine]

‘[…] companies condensed literally years of innovation into weeks, as they reinvented how they researched, designed, marketed, sold, and delivered just about everything in the commercial universe. 2020 was perhaps the most innovative year since WWII and perhaps since a lot longer’

In case you may not have read just yet, or may have missed, David’s fantastic article, I’d strongly recommend you do so. It will be worth the time and effort to dive into and digest all of the brilliant research articles and references included in it. But I can imagine how, at this point in time, you may be wondering whether I could talk about a practical example regarding what I mentioned above as innovate from anywhere.

Yes, I do, I, actually, have got a couple of them to open up your appetite on what’s possible. Both of these examples have been taking place since way before the pandemic. Thus, it’s nothing new. Perhaps just another typical instance of corporate amnesia on what we once had that we are still practising big time nowadays, but that we refuse to open up both our eyes and minds to it. Innovation you say? Here we go …

Remember the good old IBM InnovationJams®? The first one took place back in 2001 (Yes! You are reading that correctly, not a typo! 2001!), as an experiment in which thousands of us participated in a new, innovative (pun intended!) platform to massively share and collaborate on each other’s ideas. Openly and transparently, over the course of 72 hours, all online, an opportunity with which everyone of us had a voice and could be heard. Loudly and clearly, while interacting with others, co-creating and co-learning with everyone else.

From there onwards, we had many more Collaboration, InnovationJams® touching base on different subjects, whether they were business related or not, from which we all seized the opportunity of seeing innovation in a different way than whatever we had traditionally experienced so far while in the office. Scale and reach with no boundaries such as time zones, offices, locations, countries, regions, job roles and what not. All purely online. One conversation at a time…

Then you have Evonik’s own Innovation Jam. A yearly event for all employees that thrives on combining the best of all worlds: share and collaborate on the ideas submitted through an Enterprise Social Networking platform via different online communities of practice to then celebrate innovation via various face to face gatherings at different sites throughout the year to then converge in a single location where hundreds of people gather not only to celebrate innovation but also to witness first-hand the final outcomes from such innovative exercises that have happened throughout the year, as they get proper funding to make it into final product(s) to sell to their customers.

Back in September 2019, I had the privilege of sharing the stage with my good friend Rainer Gimbel (At one of the Let’s Connect user group events) to talk about how exactly they have been conducting such massive online / offline ideation events with thousands of participants, blending the best of both worlds, through async and synchronous collaboration. Best part of it all? How a couple of months earlier, I had the true honour of celebrating innovation together with them, on-site, as they announced the winners. What an incredible experience with far too many fond memories to treasure on what’s possible, once you decide to unleash and free the human batteries!

In case you are curious, and would want to learn some more, I have now taken the liberty of embedding the slide deck we used at that user group event, so you could quickly dive in and learn more how it actually works for them, year after year:

In summary, innovation can (and should!) happen anywhere, whenever, not necessarily within the constraints of the four physical walls of an office. What is important and relevant here for all of us to remember and take into account next time we are exposed to that false and unjust dichotomy is that we all have a choice to decide for ourselves how we would want to do it. Sometimes, at the office with the rest of our teams and colleagues, when we all feel we just need to get together. And some other times innovation happens anywhere we may well be at the time. On our terms.

You see? I have been working myself distributedly for over 21 years. Does that mean then that in all of that time I have never been able to innovate at work? At all? Just because I was not at the traditional office jamming along with my colleagues?

You tell me. You decide.