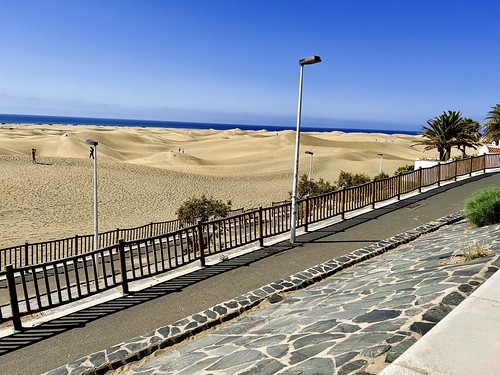 As a result of this blog post, a good number of you folks have been asking me, over the last couple of days, whether I still see the value of Twitter or not. Frankly, if I had discovered it just about 7 years ago, my answer would have been a resounding ‘No!’ And yet?

You see? I don’t perceive any value in being part of the manipulated media tool (via algorithms) Twitter has already become. All in all, as a result of over-exposing both our internal rage and visceral, irrational fears. No, thanks!

Yet, I know better. I still remember vividly the Twitter experience I fell in love with back in 2007, when I first signed up for it, so you may be wondering why do I linger around anyway, checking my Twitter Lists every day, waiting for perhaps better times, right? What are the things I dreadfully miss from one of my favourite and most self-empowering Personal Learning Networks out there?

There are, of course, plenty of things I truly miss from Twitter. I suppose I could write multiple blog posts about each and everyone of them, but if I were to select the Top 5 I have enjoyed the most from over the last 15 years, it would probably be the listing I am going to focus on for today’s blog post.

Now, I am fully aware it’s going to be a bit of a challenge seeing all of these coming back at some point, more than anything else because it won’t just depend on me, but on all of us to want to return to what we once had and that we let it slip thinking it would be there forever. Well, no, it won’t. Just like your own social networks. They require lots of constant, regular, hard work to sustain the effort, the energy and the intent. That’s why I am quite happy to wait for all of that to come back. Because, you know, they always come back. We all come back. It’s just a matter of remembering fondly what we once built with it over the years …

Thus, without much further ado, here are the Top 5 things I miss from Twitter in no particular order of importance. To me, they all are at pretty much the same level, because, if anything, you could still enjoy each and everyone of them at the same time!

Back in the day, live tweeting was one of my favourite massive learning experiences. Since it’s almost impossible to attend every conference event about whatever the topic, Twitter made it possible just to be there. Even, if virtually. Plenty of people in my networks (along with myself, of course) would be travelling around to attend those conferences and we would all be sharing tons of tweets about what we were learning at those events. It was just a brilliant sense-making exercise; being able to tune in to our live notes and co-learn along the way through different conversations and interactions we would be having with other folks also attending the event and then with the rest of our networks, virtually.

Fast forward to 2022, we still have a plethora of both virtual and face to face events, but people have just dropped live tweeting altogether. It’s rare to see anyone sharing their insights and observations about what they are learning at those events and, frankly, if you see someone live tweeting nowadays it’s mostly paid advertising either by conference organisers or by vendors sponsoring the event. Or they are trying to sell something to you. Usually, themselves by pretending to be smart.

I remember fondly the good old days when a bunch of us, Web 2.0 practitioners, used to flock to Twitter on a daily basis to ask openly a good number of questions about the things were were doing at work to help accelerate the adaptation process to all of these social, digital tools as part of both our individual and collective #SocBiz journeys. We knew the other side would always answer back, not only with some really helpful insights, but also with an opportunity, and an invitation, to connect further so that we could continue co-creating and co-learning with our mutual working experiences. No hidden agendas, no nasty answers, no toxic assumptions, just purely connecting to help others advanced further, getting better together.

Try now asking an open question about something you are struggling with at work and you’d either get an obnoxious and condescending response, if at all, as in, you should know better by now, or a multitude of consultants and niche firms wanting to sell you their souls and services.

From Working Out Loud to Hiding Away

There used to be a time when a whole bunch of us escaped our mundane, routined and rather dull work chores and fled to Twitter. Then, all of a sudden, a window of fresh air would open up, right in front of our eyes, as we were all transported (and transformed!) by the wonderfully thought-provoking environment of plenty of other 2.0 practitioners who were very keen on sharing their good practices, lessons learned and other work experiences as they themselves were trying to help accelerate a shift towards the so-called Socially Integrated Enterprise.

We just couldn’t wait to dive into our Twitter streams to see what else was new out there for us to learn about, based on how plenty of other people, and ourselves, were narrating our work, working out loud one tweet, one conversation at a time, perhaps not knowing that in doing so we were also building massive online communities and clusters of social networks that would glue us together for good. No matter what.

Nowadays, unless we would all want to be enraged and fearful about something we can’t do much about in the first place, we avoid Twitter like the plague and head back to work, even if it is not the most exciting period of our lifetime when vast majority of organisations have now given up on their #SocBiz journeys. And to think we’ve just gone through all of that over a short period of 7 to 10 years?!?! Ouch! That hurts. My goodness!

This specific activity is perhaps one of my all time favourite ones. These Top 5 all are, frankly, but this one in particular is quite special, because, in a way, I suspect Twitter introduced everyone to the concept of living in a wirearchy. Anyone could reach to get in touch, and converse of a specific work related topic, with everyone else and shortly afterwards engage, for certain, on an open two-way conversation we all got to enjoy and chip in accordingly, if we were inclined to do so or even if we weren’t directly involved with it. Curiosity ruled Twitter back then, to the point where we were all exposed to some pretty incredible events and had the unique opportunity to converse with those folks who were right at the heart of it all. It was just mind-boggling! 🤯

I am pretty sure, if I were to ask you, you would all have a pretty inspiring story to share about how Twitter helped you make that totally unexpected connection, perhaps find your dream job through your networks nurtured there, or keep up with a trusted network of acquaintances that over time turned into really good friends or maybe have a rather fond story that would bring a smile to your face when you would share it with your offspring in the near future.

No more community, folks! Thanks a lot for all the fish!

Finally, let’s talk about what, to me, is perhaps one of the most poignant things I surely miss from Twitter in the last few years. It’s about something that has been dear to my heart for a good while now and I suspect one of the items I see Twitter no longer being able to recover from graciously.

People have forgotten to build community in Twitter and, instead, they have decided they just want to build a followship, i.e. an audience to entertain, grabbing, at all possible costs, its attention while seeking the 15 minute useless fame of those willing to waste their time following along with no interactions whatsoever. Just pure ego-centric entertainment to showcase how important they / we all are, when, effectively, we just aren’t. But, hey, we caught and hook up your attention, didn’t we?

Twitter showed us different. Ever since its first stages back in 2006 and 2007, it demonstrated effectively it had the power to help us all build community, to understand each other, to connect, learn and share with one another, to have a common purpose to pursue, to make a difference in the work we all do, to eventually leave a mark in us all that we could change the world one tweet, one conversation, at a time. In a nutshell, it helped us build who we were back then, a massive humane sensor network, as my good friend Dave Snowden would say, capable of representing the Global Pulse of the World across different regions, geographies, cultures, languages, customs, narratives and what not.

It just gave us purpose to be AND to do better. To be humanE ourselves while fully immersed in a giant cluster of networked fellow twitterers, co-building community on a daily basis, wanting to help build a better (work) world than what we could possibly have today, because it taught us all we could do it, if we put together our collective energy, effort and intent.

Now, that is the Twitter I miss. That is the Twitter I am willing to wait for to resurrect and bring us back to where we left it, so that we can carry on working hard on making the workplace a better place for everyone, including future generations.

Not too shabby of a purpose, don’t you think? Well, that is the Twitter I learned to love and treasure to bits back in the day. That’s the Twitter I am hoping to re-engage back in with soon enough!

And you? Will you also wait? Or have you moved on…?