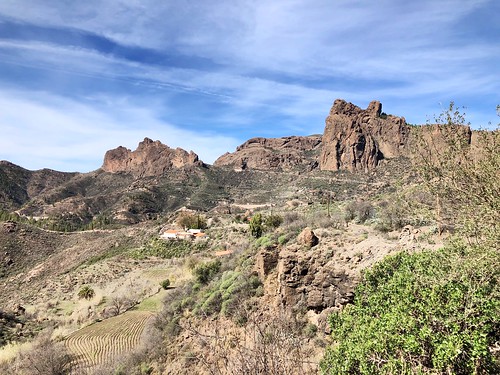 Back on January 20th, I celebrated (quietly) my 23rd anniversary in the IT industry. Quite an achievement, indeed, if you would ask me, for someone who graduated as an English teacher back in the day and who didn’t have much of an interest in technology in the first place. Sometimes, I still don’t!

It feels like a long time has passed by since I started working in this space in early 1997, but the thing is that it hasn’t. Mostly, because of three types of activities that have shaped pretty much that lengthy working experience over the years, and still going strong today: learning, unlearning and relearning.

And that has only accelerated itself in the last 6 years, even more so, since I went independent. Indeed, little did I know that upon leaving IBM in 2014 I’d be embarking on one of the most fascinating, thought-provoking and re-energising work adventures I could have ever imagined.

There hasn’t been a single day where that process of learning, unlearning and relearning would kick in to help me re-adjust, adapt and iterate again while moving on to the next thing, whatever that would be. The transition from (extended) big corporate life, to being on your own as a freelancer in that ill-informed gig economy landscape, to then start working again for another organisation in a completely different new territory for yours truly than the last two decades has been quite something, I can assure you of that! Talking about massive change(s), eh?

The thing is though, if I were to single out only one of those learning activities, as the winner of them all, it would be unlearning and by a rather long stretch! The first three years of that life as an independent were rather interesting while witnessing first-hand the transition from one extreme to the other: from big corporate life to going solo.

The last two years have been a completely different league altogether more than anything else because it’s taught me that the magic, perhaps, in terms of scale, is right in the middle, where I didn’t expect it to be in the first place!

The unlearning and relearning curves have been rather dramatic and overall in a very positive sense, because I have been given the unique opportunity to constantly be learning a new set of skills and expertise about a topic I thought was long hidden (or gone) inside my brain and that sooner rather than later emerged quite strongly, once again: making sense of data analytics for collaboration and knowledge sharing tools.

In upcoming blog posts I shall certainly be looking forward to detailing plenty more what this process of learning, unlearning and relearning has been for me so far, while adjusting to these new working conditions and adapting to a completely different way of thinking about the current nature of work, specially, when thinking about social tools. I will be detailing, over time, what that learning process has been like and where I stand at the moment. Here’s a teaser though: right at the very beginning of it all!

However, for now, I would want to focus on this blog post about one key major activity I have had to unlearn, and pretty quickly!, over the last couple of years. It’s actually been a rather painful, horrifying and disappointing experience altogether as I never thought I’d be seeing it first hand in my working lifetime. And here it is … Remember Markets are Conversations? Good! Time to unlearn it and forget about it completely, because everyone else has already done it!

Over 21 years ago, Rick Levine, Christopher Locke, Doc Searls, and David Weinberger co-wrote The Cluetrain Manifesto, a superb series of theses and essays on the topic of the huge impact the Internet would have on marketing (and sales, for that matter). That book then became one of the fundamental pillars behind the so-called Web 2.0 movement around 2004.

It gave it a purpose. It gave it an opportunity to understand that successful business could be done effectively in a completely different way through the extensive use of social tools by engaging on something that would fundamentally transform not only the way we work, but also the way we live and who we are for that matter. One conversation at a time.

Fast forward to 2020, and that’s all gone! Forgotten and left behind, as if it never happened in the first place. You know, it looks as if having bloody good, engaging, purposeful, giving (or learning driven) conversations is just lots of truly hard work with very little return, apparently. So, why bother, right?

Here’s the thing though as part of the unlearning process I’m currently going through. As a starting point, the social tools are everything, but social nowadays. I, for instance, stopped calling these tools social media a few years back and instead decided to stick around with just media tools.

Because that’s what we’ve decided to convert them to over time. A series of manipulative online tools that allow us to toot our own horn about how good and well crafted our own selling and marketing messages are. We have decided to stop listening altogether. Instead, we’ve now become the product we’d want to sell to others, and, as a result, decided to stop conversing with those who we once called our own social networks or community spaces where conversations were the new currency.

That’s most probably one of the main reasons as to why I’ve decided to resume my blogging mojo earlier on this year and why I feel that urge to regain those conversations by going back to basics: blogging.

However, there’s something else that worries me a whole lot more at the moment than us just having become broadcasting machines. It’s something that over the course of the last couple of years has added a rather poignant follow-up reflection to that unlearning process around social tools. People have stopped caring.

Apparently, we only seem to be interested in getting Likes, Retweets and Reshares; praising commentary that’ll just boost our own egos to no end, forgetting altogether what it was like having a really good conversation with one’s social networks on a topic we all are really passionate about. Have you ever tried to start a conversation either through media tools like Twitter, LinkedIn, etc. to then not even get a single response back, because, you know, people are just too busy?

Gosh, I can count those in the hundreds, if not the thousands! What happened to the good old mantras of the Cluetrain Manifesto and, specially, Web 2.0? Have we forgotten why we all got pretty excited just 15 years ago when all of a sudden we realise we had a unique opportunity to engage the entire world in a completely different new way? What have we become? Silly, convincing, coercing, arrogant marketing machines no-one is listening to anymore because it’s not us, humans, anymore?

I guess you know now one of the reasons as to why I haven’t been much online in these media tools over the last few months. I refuse to feed the beast I no longer recognise. I refuse to be manipulated for the sake of a like or a retweet / reshare. Somehow, along the way, I seem to have lost the energy to start conversations right at the same time when people have stopped caring. It’s a painful unlearning process, believe me, like I said, one that I never thought I’d be witnessing in my entire work life.

Remember how all of these social tools were going to change the world? Change the nature of today’s work? Change who we are to then venture into what we might become through our social networks and  communities? Eventually, change us forever? Hummm … we seem to have lost all of that!

Does that mean I’m giving up altogether when social media has turned into just media tools? When people have stopped caring about having conversations through social tools just because it’s too much hard work and we are all far too busy with ourselves? Am I giving up on what made Web 2.0 magical in the first place? The conversations? No way! You see? Once you see the light and enjoy it for a good few years there is no way back into the darkness. And if you do, at your own peril.

That’s why, as part of that unlearning process, I’m back to blogging long form. To remind myself of why I first got involved with social tools back in 2000 when I had my first experiences with blogs and wikis. Remind me why in 2002 I decided to have my own internal corporate blog and why in 2005 I made the jump into the Internet Blogosphere and still going rather strong today. That’s just 20 years of conversations through social tools I’m not willing to give up on just yet. And you? Will you give up? Have you given up?

I don’t know about you, but, to me, it feels as if we are only now just getting started…