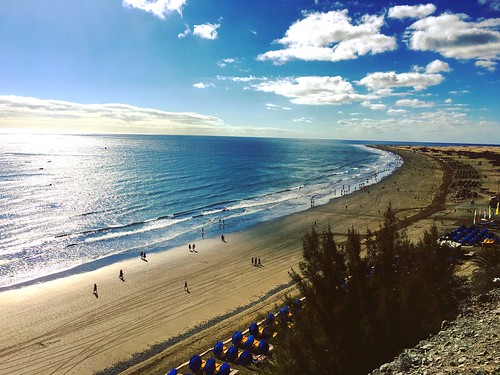 Today is my last working day of 2016, before I go offline (from work) for my winter holidays till mid January next year. Somewhere in between, I don’t know just yet when, there will be a major announcement coming through that will explain what I will be doing throughout 2017 and beyond. After 20 years in the IT industry, I can share ahead of that announcement there will be a massive process coming along of unlearning and relearning for yours truly. Yes, I am incredibly excited about it, because it’s about something I haven’t done for the last 20 years, so it will be a rather interesting rebirth (of sorts) upon my return to a new workplace. But in its due time, I suppose. For today though I’ll go ahead and try to summarise what this year has felt like so far and, when doing so, there is a single word that comes to the top of my mind that would describe, pretty well, what it has been like: humanise.

I know, it’s a strange word to go for, but let me try to describe it further in detail with a story connecting three different tidbits that have impacted me significantly on what I have learned throughout this year, both at work, as an independent adviser / freelancer around Social Business and Digital Transformation, as well as in my own personal life.

Throughout the year I have been exposed, pretty much like everyone else, I’m sure, to thousands of different ads and marketing campaigns on any kind of topic or product you can probably imagine and through multiple different platforms (whether on TV, radio, newspapers, the Internet, etc. etc.), but there has been one of them in particular that has wowed me so badly that every single time there has been either a local or global event with a significant impact (whether positive or negative, although mostly negative, I must confess) I end up watching it over and over again. So far this year, I could venture to state I may have watched it a couple of dozen times already and somehow I never get tired of it. Quite the opposite, I almost always end up going a bit teary and emotional altogether.

Both the ad and marketing campaign come from Momondo, under the rather suggestive heading ’The DNA Journey’, by starting to ask yourself perhaps one of the toughest questions out there: ‘Would you dare to question who you really are?’ Hold on, don’t answer that just yet. Wait for a little bit more… Try to go through ‘Let’s open our world’ in its entirety and then ask yourself, again, that same question and see what you can come up with as an answer. Something tells me it may surprise you and quite a bit altogether!

From that campaign they put together a truly amazing and mind-blowing short video clip (a bit over 5 minutes long) that will send shivers through your spine every single time you watch it. It’s perhaps one of the most emotional clips you will watch this year, if you haven’t just yet. The closing line is maybe one of the best sentences out there to describe everything we may have gone through this year. To quote:

‘An open world begins with an open mind.’

Now I understand fully why nearly 4 years ago I decided to, at long last, ditch Social Business in favour of Open Business. Now you may be able to understand a bit better why humanise is the word that would pretty much describe what 2016 has been like for yours truly.

‘Are we then ready to evolve into Civilisation Type 1 yet?‘

That was my very first reaction when I first watched the short video clip I have embedded above around The DNA Journey. Why? Well, because while going through the clip I got reminded of this other video from Big Think by Dr. Michio Kaku where he tries to answer the following question: ‘Will Mankind Destroy Itself?’ Interestingly enough, that clip is from 2011 and yet, unless you have been hiding in a cave throughout 2016, it looks like as if it was shot just yesterday.

Flabbergasting and gobsmacking in equal terms, I tell you, but, don’t worry, Dr. Kaku’s discourse is not necessarily negative, nor pesimistic on its own. Quite the opposite. It poses a very interesting reflection with plenty of thought-provoking insights as to whether we, humans, are somewhat ready to make the transition from Civilisation Type 0 to Type 1 and in a world where we seem to have reverted back to Type 0, it’s probably a good time now to start questioning whether we, citizens of this world, are ready and willing to participate, getting actively involved, leaving behind both apathy and complacency, to change this world as we know it today.

Strongest force in US politics is apathy, not anger.

Take out the word ‘US’ out of that tweet and insert whatever other country acronym and it would apply just perfectly all right.

I do keep wondering, seriously, as to whether we would be able to evolve accordingly into Civilisation Type 1, specially, after the many dramatic events happening this year, or whether, instead, we will be that generation that will contemplate, muse and witness the planetary suicide Dr. Kaku hints in the clip I embedded above as well. Will we be ready to engage in such an enduring test though to revert course and head on for Type 1? I just don’t know. I hope we do. Seriously, for our very own good as a species on this planet.

Maybe, it’s down to all of us. Maybe it’s all down to being human, after all, and about re-humanising ourselves, once again, through, funny and ironic enough, the various, different digital tools that have definitely transformed, for good, the way and how we communicate with one another not only on a local basis, but on a global, planetary one as well, pretty much like Gutenberg’s printing press did 576 years ago. It’s that kind of revolution we are after, folks, we should not forget about that. And while I realise this blog post may not have much to do with either work nor our personal lives, I actually think it does and big time. It’s who we are, it’s what we do, it’s what we fight for, it’s what we learn that makes us better at what we do already and if I were to describe what it is like it’s about being human, about accepting our very own vulnerabilities and learn to adapt and live with them with grace so that, eventually, they will make us all stronger as a result.

This is why, as a moderate optimist, I would love to close off today’s blog entry with a song. A song that’s become my favourite tune for this year, and, probably, within my Top 10 from all times, because, if anything, it pretty well describes what 2016 has been like: new dark times, BUT with plenty of light in the horizon, inspired by understanding not only both our limits and vulnerability, but also what we are all good at to overcome those: caring more (for one another), becoming more empathic and, overall, more human.

Merry Christmas, everyone, and a Happy, Healthy and rather Prosperous New Year to you all!