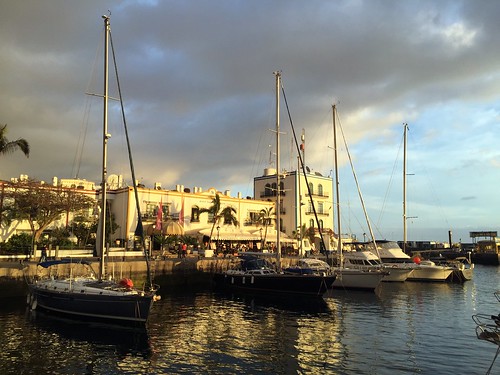 What if everything we have been told about Change Management over the course of the last few decades was all just … plain wrong? What if research keeps telling us, over and over again, how ’most change efforts fail’ ? What if we have been approaching change initiatives from the wrong side of the spectrum and we never realised about it till now when it might be a bit too late already? Isn’t it time for us all to shift gears and, at long last, change? Oh, the irony, right?

Over the course of the last few months there have been plenty of really interesting articles around the discipline of change management itself (out of the several dozens of millions of publications, practices, methodologies, processes, and what not), whether it’s been talking about its many different myths, its various principles, along the science behind change in itself, or perhaps some forgotten questions, or comparisons between leading and managing change, where does it belong within the organisation?, how it tights everything up altogether around technology (as its main key enabler), or, questioning, as McKinsey put it recently, how, in a nutshell, we may need to change change management itself after all, given that massive statistic of how over 70% of change programmes fail to achieve their goals, whatever those may well be. Ouch! That hurts. A lot!

Yes, I know, the links I have shared above are just a glimpse of an entire industry talking and writing extensively about what change management has always been all along: an obsolete change methodology using 20th century mindset, processes, tooling and practice while trying to address plenty of the organisational challenges from the 21st century in a more complex business world than ever. And, somehow, technology seems to be making things much worse, like two completely different worlds colliding with one another!

What if all of that literature around change management could be smashed with just a couple of tweets? Yes, indeed, two different tweets, with a few weeks in between each of them, that have recently captured my attention, more than anything else, because of how both of them have undermined, and challenged at the same time, in a very healthy, disruptive, enlightening and rather provocative manner, everything I have known about change management in the last 10 to 15 years. So much so that after reading the second tweet shared across just last week I’m going to start challenging, not only my very own change practices, but also everyone else’s who may keep neglecting the fact we are living and working in completely different times, and therefore we need some fresh new thinking around change altogether coming further along.

Indeed, I love Twitter, specially, when people use it to school me, and everyone else for that matter, directly or indirectly, about things I stopped challenging myself some time ago, because I started taking them for granted and let inertia do the rest. Complacency can be so brutal, so lethal, so deadly, it’s not even funny anymore. The thing is, when looking into those two tweets, in the context of change, with new, fresh eyes, AND thinking, you wonder why you didn’t do it much much sooner.

Unlearning old, useless, obsolete stuff we keep clinging on to no matter what (even if we are wrong) to then relearn again about new ways of getting work done, specially, in change initiatives, is really hard, we all know that, but, at the same time, making it happen successfully can be rather intoxicating and enticing altogether, if anything, because it helps us all open up a new window of opportunity into thinking AND doing things differently, which is exactly what I will be doing from here onwards as a result of those couple of tweets I have mentioned above already.

At this point in time I bet you are all wondering about those rather impactful tweets, aren’t you? The suspense may even be killing you, right? Well, let me share them over here with you all, so you can see what I mean about how a couple of sentences may be able to challenge every single change management programme you may be involved with, or know, out there within your own organisation, to the point where it may take you back into the drawing board and start again. I know it has done that with me big time. You will see what I mean shortly.

Ok, here we go then. Both tweets come from Sonja Blignaut after having attended two different events in time around complexity and change from the one and only, Dave Snowden. To quote each of them:

If you want to achieve change in a modern organisation, the last thing you should do is announce a change initiative. @snowded

And here is the second one, shared a couple of months later, perhaps even more wonderfully poignant than the previous one:

Change happens when we change the interactions between people, not the people themselves @snowded #ResponsiveOrg

As you can see, there is a lot of meat to chew on for a good while with regards to both tweets, but, on their own, they remind me of a superb recent blog entry Dave himself wrote where he pretty much nailed it in terms of why change management needs to shift gears of its collective mindset and change (pun intended). To quote him:

‘Now there are a whole group of consultants in this field who focus on the idea that changing individuals is the best way to change an organisation. The worse ones come with a ideological view of what sort of people they want to create and a process of self-reflection that draws on the worse excesses of the counselling movements that took off a few decades ago. […] It’s the preacher man phenomena, in which the preacher is the privileged interpreter of the word and has achieved a heightened state of enlightenment to which they invite to you to seek to attain.’

But it gets better, much better, because from there onwards he shares a rather thought-provoking reflection that has intrigued me to no end and I am pretty sure it’s going to make lots of people out there rather uncomfortable, but, hopefully, in a good way, that is, unlearn to relearn effectively about change and its many nuances too often ignored, or neglected. To quote him again:

‘Now don’t get me wrong, individual change is important, meditation has huge value (I am less sure of mindfulness as that has become a simplistic fad), most practitioners are well intentioned. But the real change in organisations is when you change the way that people connect, and the most profound way in which that connection can be achieved is through small actions that change perceptions in an evolutionary way. People argue that it is easier to change an individual that to change the system and that may be right. But if you want systemic change there are simply too many individuals to change to achieve it and it is a lot easier to change the interactions and allow people autonomy over what they are.’ [Emphasis mine]

Whoahhh! If neither of those tweets, nor Dave’s quotes, shared above (never mind the fantastic blog post he put together), don’t persuade you to help evolve your own change management practice, I don’t know what would, frankly. Do we still think that organisations can change? That we can change people, even one individual at a time? Hummm, we may need to think again… And think hard! Seriously.

You would remember how a few weeks back I wrote about the Social Business Adaptation Framework I am currently using with my clients to help guide them through their own Digital Transformation journey and that has evolved over the course of the years; well, next to each of those different five pillars I covered back then I shall be remembering, from now onwards, those terrific tweets and noteworthy quotes, put in context, where it matters, to essentially do just that: override the change management practice from the 20th century and fast forward into the 21st century.

It will be high time to start catching up with this rather complex business world we live in, don’t you think?