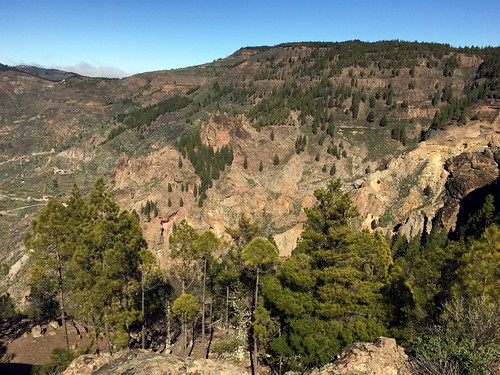 Earlier on this morning I spent quite some time going through a good number of the different posts I have put together in this blog over the course of the last three months and, to my surprise, it looks like I have been posting more entires in that three month period than the entire 2014 and 2015 combined! Whoah! How did that happen? Even plenty of readers of this blog noticed that as well as they decided to unsubscribe for new updates by the hordes explaining I have been sharing just too many of them to keep up with everything else that is going on. I think I know why there is just such a disparity between those couple of years and the last few months. It’s all got to do with my own mindset and how it’s shifted back over time into something I’m very familiar with, but that, somehow, I left it behind a few years ago. It looks like over the course of time I’m shifting away from social media first into blogging first. It’s as if I am longing for, once again, ‘writing myself into existence’.

Indeed, I remember very well the time when I first started blogging (internally, behind the firewall) around end of 2002 and all I could think about, while reading or conversing with other folks on a wide range of different work related topics, was along the lines of ‘Oh, I need to blog about that idea’, or ‘I need to respond to that blog post with another one as well to add further up into the conversation’, or, just simply ‘I need to write that down somewhere to reflect on it further along, so I don’t forget to come back to it later’, to name a few. Yes, indeed, I realise now how I was writing myself into existence as my good friend Euan Semple wrote a few years back quoting David Weinberger himself on what blogging was all about: ‘Writing ourselves into existence’.

Somehow, and over the course of the last 3 to 5 years I lost track of that while my mind switched automatically from blogging first into social media first, as I was spending a whole lot more time in several of those so-called social media tools while ignoring and neglecting my good old blogging mojo. However, at one point in time, this past August, to be more precise, I got too tired with just being the data, I mean, with always being the product no matter what. Frankly, I just got too tired with the surveillance state we are, apparently, creating with the current pernicious polarisation that keeps growing faster and faster than ever as we have confirmed that transition from making use of social media tools into just media tools, where we have become that, the media.

No, I am sorry, that’s not how I would want to spend plenty of my online time anymore. As Euan mentioned on that blog entry, I just need a space where I can be a whole lot more aware of my own thoughts and feelings, and of the world around me for that matter, without having to jump into everyone else’s throats out there every time they are not politically correct agreeing with me anymore on absolutely everything I categorically state because, you know, I am always right and they are not. That’s how things seem to be rolling out there for everyone at the moment. I can, we all can, do so much better than that altogether, don’t you think?

How about blogging as a choral act?, as Bonnie Stewart wrote beautifully in a recent blog entry a couple of weeks back. A superb article, by the way, in case you may have missed it about the healing powers of digital writing. To quote her:

‘Blogging is a choral act. Posts are commented on; ties are formed. Stories and backstories become known. As I connected with other bloggers and found community first with other parents and then with those whose writing, like my own, unpacked identities in various forms, I stumbled into something extraordinary […]’

This is just too funny, and perhaps a tad ironic, too, because my last three months of blogging over here in this blog have helped me, once more, finally, comprehend (and come to terms with the fact of) how I no longer crave for attention, at least, as much as I used to back in the day. How I seem to have departed from me, me, me land into the we, we, we land. It’s helped me, at long last, understand as well how most of the times it’s the long-form reads with your own thoughts, opinions and emotions the ones that are the most powerful components towards building, nurturing and sustaining long term (online) communities, where you are just one of the community members, connecting, sharing, learning and collaborating together with others as equals, as a choral act.

Yes, indeed, that’s the underestimated power of blogging. It’s no longer about the self per se, but more about what you could bring forward as part of an already existing conversation that’s taking place in multiple blogs and blog comments from different people who have got a long term common goal: connect, share and learn more about a particular topic with other online partners. Now, when was the last time you had that wonderful sensation while interacting through media tools? Something tells me it may well have been a while. Is that how you see yourself continuing to make use of those media tools in the medium, long term? Think about it… Think closely. Where do you think you will be online in the next 5 or 10 years? Someone else’s home or your own? Hopefully, your own, right? 😀

I realise you may be thinking one of the several reasons why you are still making use of those different media tools (apart from just being there so you don’t appear to be the awkward one, the weirdo) is as an opportunity to showcase and promote some of your thought leadership and expertise on a particular topic by pushing messages out there about the stuff you may have shared or published elsewhere (like your blog) and therefore help others become more aware about what you do. That’s a good reason, indeed. I have used it myself a few times, but only to realise it no longer works. Over the course of the years I have noticed, I’m pretty sure you may have as well, how we hardly ever read anything else on media tools anymore other than our very own broadcasted messages. We are just too busy doing all sorts of other things to then have to stop and read what other people publish, share or would want to converse about. Well, here’s the thing, if that’s how we all feel AND behave, that attention you are craving is then long gone and pretty much dead by now. No-one will read your posts, never mind respond to some of them! And then what?

Keep posting multiple times during the course of the day adding further along into the already existing noise, so that your audience? may, pontentially, see it and drop by skimming through it rather quick before they head back into their timelines? Yikes! No, no-one would want to have that, so why do we keep sustaining it? We shouldn’t. No-one reads our marketing messages anymore. Somehow, it feels a little bit like a waste of time, resources, energy and good effort. That is one of the many things I have learned myself, through trial and error as well, over the course of last three months where I, along with several dozens of other people, have used different media tools to share some of the blog posts I have put together over here that others may find somewhat interesting and relevant for what they do and, yet, vast majority of my blog traffic still comes through search engines like Google or Bing and not a single one of those media tools despite the thousands and thousands of people we tend to broadcast to. Quite revealing on its own, I tell you, as it reminds me of the long tail of knowledge: as long as you get to write good content, or comment on other people’s blog posts, care about what they post, or take a genuine interest in what they do, etc. etc. they will always find it, with or without making use of media tools no-one stops by anymore to read, accordingly, more in depth.

I know what you are all thinking, but ‘blogging is hard work’. It takes an awful lot of time, effort and energy to put together a blog post versus writing a tweet or sharing a short status update and you may be right. But then again we ought to realise we should never be too busy to blog. It’s just a matter of habit, really; in fact, it’s a matter of (re)building the habit of writing further along about the topics we are very interested in and are passionate about and see what comes out eventually (remember? Blogging is personal), as if no-one else is reading, just for you, perhaps even if you decide to start using rather helpful techniques like writing 750 words per day, you name it. What matters at the end of the day is whether we are willing to write ourselves into existence in a space we own AND partake in the conversations, all of us, as equals, as a choral act. As ever, it’s our individual and collective choice and ours alone. No-one, not even any media tool out there, should interfere with that decision. Ever. We are the ones who need to decide and define what our digital footprint should be like.

That’s why I have now, finally, decided to spend more time blogging over here than craving the attention in media tools from an audience we no longer have, no matter what the numbers of followers may well say. They have now become redundant. Instead, I much prefer to crave the wonderful conversations I have been having over here already in multiple blog posts, because they help me learn and grow accordingly over time by caring even more about the topics that are dear to my heart (and mind!). To me, that’s what blogging has been all about all along for the last 20+ years and still going strong: an extended part of our reflective brains about what’s going on around us, and the world at large for that matter, and how do we make sense out of it all.

Why not make the most out of it then, right? Blog on!

14 thoughts on “Writing Ourselves into Existence through a Choral Act”