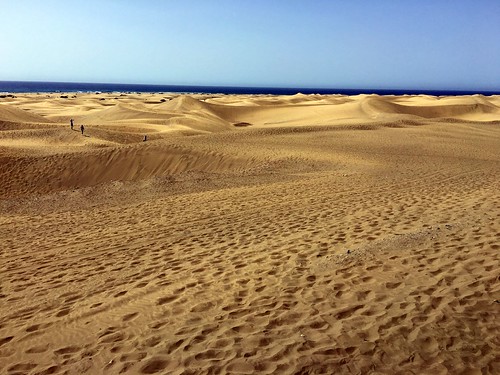 Over the last few weeks I have been asked several times about how are things moving further along with my experiment in Twitter around #0Following and since it has been a bit over a year ago when I last published an article explaining what that experiment was all about and what I was learning from it at the time, I think it’s probably a good time to do a bit of a follow-up today and explain what has happened in between. Of course, over the last few months there have been tons of things I have learned from that experiment itself, on top of what I wrote about in that specific blog entry, but there is one in particular that I enjoy the most and that is the fact that it is no longer an experiment per se, but essentially how I get the most out of Twitter itself nowadays: still heavily involved with #0Following by relying on Public Lists, but this time around with an additional twist. Let’s see it…

Indeed, while re-reading through ‘Is Twitter Where Connections Go to Die? – The Unfollowing Experiment’ I realised that everything I had written in that article is still pretty much accurate and rather relevant, a year later, going from the initial reasons as to why I got things started with it in the first place, to evaluating plenty of the things I have learned throughout that experiment now becoming a new reality ever since, in terms of how I get to use Twitter on a daily basis. So in case you may have missed it and if you are keen on reading further along how it all started and what kind of impact it has had so far in yours truly, that article would still be a really good start on this particular topic.

However, there has been a good number of new different things I have learned that I would want to include in this follow-up blog post, perhaps as an opportunity to reflect myself on how Twitter has managed to change some of my habits as well as myself, but also to share some additional insights with everyone out there who may be interested in pursuing a similar experiment and find out, beforehand, what to expect and maybe evaluate whether they should be jumping the shark, just like I did, or maybe not, just yet.

So I thought that for this particular follow-up I will go ahead and share a number of different new items I have learned about over the course of time, with a short blurb describing them as well, of course, and see where we will end up. One thing I can share with you all is that once I have seen the light of a much smarter way of using Twitter through public lists alone it’s rather tough to go back to anything else for that matter, so I haven’t. Now, mind you, this system of #0Following works for me, and not necessarily for all of you out there. So this blog post is not intended, at all, as an opportunity for me to convince you all about how you should use Twitter from here onwards. On the contrary, it’s an opportunity for me to showcase how else can Twitter be used for, eventually, and to judge for yourselves whether it’s a system that could work for you all or not. Nothing else. I know I am benefiting from it tremendously, but that doesn’t necessarily mean it would have the same effect with you, unless, of course, you give it a try for a good few weeks and then decide to stick around with it, if at all. For now, it’s just my overall user experience of how I get to use Twitter on a daily basis, so please do take this article with a pinch of salt or two as well. So, let’s go ahead and do it!

Here’s what else I have learned about my Twitter #0Following experiment for the last year or so:

Yes, I know, I do realise that this blog post may have come out a whole lot more intimate and rather poignant on its own than what I may have thought about at the beginning of it, but I suppose I needed it to come out, I needed to reflect about what I have been doing for the last 20 years since I first went online out there on the Internet, more than anything else as an indication of a potential new, clean start, with no baggage, no legacy, no ties, no additional explanations, no expectations, no nothing. Where to? I don’t know. 2017 will mark my 10th year anniversary using Twitter and I guess that’s what’s left for me to explore, whether it’s now a good time to move on to other things and leave everything behind, or whether it’s a good opportunity to stick around hoping things will turn out all right eventually.

They say that the Internet was born a few decades ago based on a couple of principles: trust and procrastination. Well, we might as well sit tight then and start working much harder so that none of those two break down, eventually, because, whether we realise it or not, whether we like to admit it or not, we may well be going through a time nowadays when we may need to start questioning ourselves for what do we want to do with the Open Social Web we once helped build back in the day but that, finally, got destroyed a great deal much to our regret and, most importantly, what can we do to make it happen, once again, and restore it to its fully glory. Because, you know, so far, we are failing big time, and I suspect that unless we all do something about it, no-one will. The final question that’s left out there for me to reflect upon and that keeps lingering around all over the place would be the following: are we up for the task to reclaim back the Open Social Web they once took away from us all?

I certainly know we can, will we though?

2 thoughts on “Is Twitter Where Connections Go to Die? – The Unfollowing Experiment – The Follow-Up”