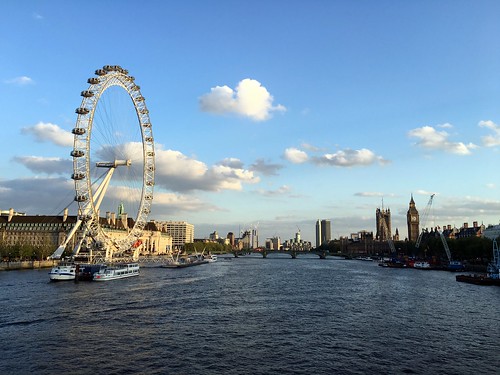 Who would have thought that, after 20 years in the IT industry, I am, essentially, a Luddite. No, not necessarily a technophobe, nor someone who is opposed to industrialisation, automation, computerisation or technology in general. No, not like that! Just what the original Luddites were all about. People who were not opposed to technology itself, but to the particular way it was being applied. Or as Eliane Glaser brilliantly wrote just recently people whose ‘protest was specifically aimed at a new class of manufacturers who were aggressively undermining wages, dismantling workers’ rights and imposing a corrosive early form of free trade. To prove it, they selectively destroyed the machines owned by factory managers who were undercutting prices, leaving the other machines intact’.

Whoahhh! No wonder I keep musing about another rather thought-provoking sentence she put together as well in that superb article: ‘Technological change does not automatically equate with progress’. And that would probably explain why, nearly at the end of 2016, we are still so averse to any kind of (technological) change, specially, inside organisations. And for a good reason…

A key meme in my 2016 work: technology is morally neutral until we apply it. Coined by william gibson #manmachine pic.twitter.com/5p2VyHR0ro


We all know change is hard, very hard, yet, we all acknowledge that, if anything, change is inevitable. It’s only a matter of time for us to decide how long we may be able to delay it, while we decide how we may, or may not, need to adapt to the new conditions, and if technology kicks in, all the better. However, when thinking deeper about change, and how we face it, specially, inside organisations with all of these different change initiatives around Social Business and / or Digital Transformation, there are different ways of how we can make it happen a lot more effectively than what we may have been doing in the last decade or so. And it all has to do with a simple shift of focus areas: from technology and business processes to people (i.e. culture), from document centric to people centric computing, and, finally, from replacing knowledge (Web) workers (i.e. humans) with machines (i.e. algorithms) to augmenting, not replacing, the human potential.

If you look into one of the main reasons as to why vast majority of Social Business and Digital Transformation programmes have failed over the course of the last 10 years, there is a great chance that it’s mostly due to our very own reluctance to accept that we might be replaced, over time, either by business processes or by technology via automation, or the well known algorithm. Eventually, either by business processes and / or by machines. No-one wants to see that happening, of course. No-one wants to see how Artificial Intelligence, in whatever the form or shape, kicks in eventually taking over. Never mind how we are already seeing plenty of instances, specially, in the so-called Social Web out there, about that taking place and with very little left that we can do. The thing is that it doesn’t have to be that way. It shouldn’t be. We can do much much better than that. And it only starts with thinking that change doesn’t necessarily imply something negative, but something (very) positive, as long as we keep thinking that such change, or change initiatives, need to have the main focus on and for the people. The knowledge (Web) workers themselves, not just the business. Remember how we need to dramatically improve the overall employee experience, before we can influence the customers’? That’s where we need to start!

Professor Calestous Juma already points out the potential main reason as to why we keep failing to adapt to change fast enough in a wonderfully inspiring write-up under the rather suggestive heading ‘Why do people resist new technologies? History might provide the answer’:

‘Society tends to reject new technologies when they substitute for, rather than augment, our humanity’

Assisted Intelligence anyone? Well, hold on for a moment. It gets better, way better. If you keep on reading throughout the article, there is this golden gem that will pretty much help you conclude, right as we speak, whether your change programme, either if you are starting now or if you have been working on it for a good while already, will eventually succeed (by whatever the criteria you may have put in place already) or fail along the process. To quote him:

‘We eagerly embrace them when they support our desire for inclusion, purpose, challenge, meaning and alignment with nature. We do so even when they are unwieldy, expensive, time-consuming to use, and constantly break down.’

Calestous continues brilliantly reflecting further along with ‘We live in exciting times where technological diversity and creativity offer limitless opportunities to expand the human potential for all, not just for certain exclusive sections of society’  to then finish off, towards the end of the article, with this incredibly inspiring reflection:

‘Resistance to new technologies is heightened when the public perceives that the benefits of new technologies will only accrue to a small section of society, while the risks are likely to be widespread.’

Is it ok now then for us all to become Luddites? And I mean, the original Luddites described in the article I already mentioned above by Elaine Glaser? Hummm … before you answer that question for yourself, take a look into this stunning article published by the one and only Howard Rheingold back in 1998 (Yes, you are reading it right … 1998!!!) under the title ‘Technology 101: What Do We Need To Know About The Future We’re Creating?‘ Go ahead and read it. It’s very much worth while the time. Don’t worry, I will be here waiting …

Yes, I know, we are now all Luddites! We need to be. Either within our very own organisations or out there on the Social Web. We don’t have much of a choice for that matter anymore, if we would want to effectively embrace change and adapt to technology by augmenting the human capability versus either being replaced by it (i.e. automation) or subjected by it (i.e. the algorithm). We need to exercise our rights to question everything, to reclaim our long gone and lost critical thinking skills about what we know is just not right. We need to, eventually, at long last, wake up to the reality that ’technology is a tool we can deploy to achieve democratically agreed ideals’ and that, after all, it’s about defining, collectively, what our human choices and priorities may well be like and what progress really means. That’s when our change and transformation journeys will begin…

For everyone. That’s where inclusion, purpose, challenge, meaning and alignment with nature will kick in and, if I may add further along, that’s when we will start caring.

What do you care about?