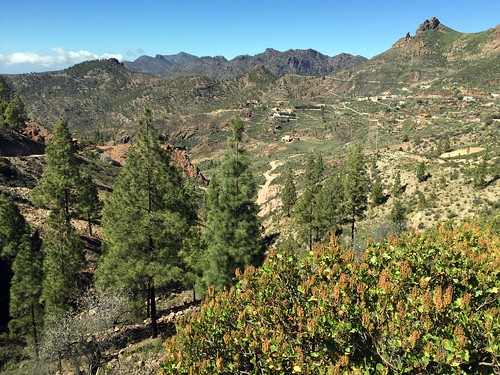 Imagine one day you read this quote: ‘The way we teach in our schools isn’t the way I think you create successful (and happy) adults, it’s the way you create the society we’ve had until now.’ Now imagine you swap the wordings ’teaching’ for ‘learning’ and ‘our schools’ for ‘our workplaces’. Read it out loud again, please. Slowly. Imagine if you then read this other quote at some point in time later on: ‘I don’t want to grow up and 30 years later find out that I’m an office worker unhappy in life and that hasn’t done anything to improve this world. Because that’s my main goal now: leave a positive mark here’ and ask yourself how many of your work colleagues you could name up out loud that would fit that description. Yes, I know!, I had the exact same problem. Not many! That’s why Workplace Learning is broken and why heutagogy may need to come to the rescue to save us all…

‘Heuta… what?, you say’ …Hang on for a minute, before I go into that topic a bit deeper, allow me to give you all some context as to why I have started this blog entry with those two quotes. Those absolutely mind-blowing and rather provocative sentences, as depressing and as exciting as they may sound, don’t come from a knowledge worker working in a particular corporation protesting about the poor state of workplace learning or learning in general. They, actually, come from a letter written to Roger Schank by a 15 year old girl in Central America protesting herself about the poor state of the education system in her own country and the very few choices she has got to change the situation herself on her own. Roger himself recently published it in his own blog for all of us to be wowed, and not in a positive sense, by the way, more than anything else, because, upon reading through it, one has got to shamefully admit that current state of education / learning is incredibly pervasive and available in most countries throughout the world, and, of course, in vast majority of organisations. Ouch!

After publishing the letter in his own blog, which I strongly recommend you go ahead and read through it in its entirety, Roger comes forward to share a couple of uncomfortable reflections that, upon reading through them, reminded me as to why I heart, so much!, heutagogy, not only within the overall education system, but also with workplace learning inside organisations, in general. To quote: ‘We just let kids be miserable, or, we use school for its true intention: indoctrination’. Again, replace ‘kids’ for ‘knowledge workers’ and ‘school’ for ‘workplace’ and, once again, we would have the reaffirmation as to why workplace learning is currently broken within the business world.

But perhaps the most mind-boggling, and rather troubling!, quote from the entire post he shared is this other one:

‘Our schools are, in a sense, factories, in which the raw products (children) are to be shaped and fashioned into products to meet the various demands of life. The specifications for manufacturing come from the demands of twentieth-century civilisation, and it is the business of the school to build its pupils according to the specifications laid down.’

That quote, you may be wondering, is from Edward Cubberly, Dean of the Stanford University School of Education, from around 1900. Yes, you are reading it right, it’s not a typo, 1900!! 116 years ago!! Whoahhh!

My goodness! No wonder the current education system is totally broken. It’s been broken from well over a century, already! Yikes! And I’d dare extend that sentiment as well towards Workplace Learning, despite notable efforts of wanting to wake up into a new reality and see if we can still save it all. Even Roger himself already hints in that blog entry part of what the potential solution(s) may well be. To quote him: ‘Let kids learn what they want to learn in curricula design by professionals’.

This is where heutagogy kicks in beautifully, because that’s exactly what it is all about:

‘Heutagogy is the study of self-determined learning … It is also an attempt to challenge some ideas about teaching and learning that still prevail in teacher centred learning and the need for, as Bill Ford (1997) eloquently puts it ‘knowledge sharing’ rather than ‘knowledge hoarding’. In this respect heutagogy looks to the future in which knowing how to learn will be a fundamental skill given the pace of innovation and the changing structure of communities and workplaces.’ [Emphasis mine]

First time I ever got exposed to Heutagogy, as a concept, was back in March 2013, when I was invited to speak at the Welcome Heutagogy conference event in Prague, where Dr. Stewart Hase (Founder of Heutagogy himself), along with the delightful Lisa Marie Blaschke, were the keynote speakers (Links to the presentations AND recordings can be found here and here, respectively). Little did I know, back then, I have been practising it actively myself for 13 years already, and still going strong today, more than anything else because, if anything, heutagogy is all about making learning a change experience, indeed. But it’s also about placing ‘the learner at the centre of the learning process not at the end of a linear process starting with the curriculum, through the teacher, to the resources and finally ending with the learner’, as Stewart himself wrote about in this wonderfully inspiring blog post a little while ago.

Fast forward to 2016 and this specific tweet may be particularly helpful in describing some more in depth what it is:

Perhaps we need to focus more on #heutagogy and not only on #pedagogy #justsaying pic.twitter.com/ng4qiTCVRf

That is, certainly, one of the many reasons why I heart social networks and social networking tools from all along, because thanks to them, we have been given the incredible and unique opportunity of being in charge of our very own learning, a la self-determined learning, whether at work, or elsewhere, based on a specific set of needs and wants, to the point where it’s always each and everyone of us, and not the system, deciding upon what we would want to learn more about, how we would want to learn and with whom (i.e. our networks) we would want to learn with / from. In other words, thanks to all of these social networking tools, specially, in a work context, and thanks as well to applying those heutagogy principles referenced above, we may be, at long last, working really hard towards making that successful transition from being a knowledge (Web) worker into a learning (Web) worker:

So you can imagine how happy I was when earlier on this year, while serendipity was doing its magic and I was searching for something else, I bumped into the recording of the presentation I did back in 2013 about how I was applying heutagogy myself into my day to day work routines using social networking tools (IBM Connections back then and nowadays it would have morphed a fair bit into a combination of IBM Connections, Twitter and Slack) in the context of #NoeMail to get work done more effectively WHILE I was learning away.

The mind-blowing thing is, upon watching myself deliver that very interactive presentation, I realised that pretty much what I said back then it still applies to how I learn AND work nowadays, even though I’m no longer a salaried employee and don’t work in major corporation, confirming, therefore, if anything, that a combination of both heutagogy and social networking tools have managed to convert me into a lifelong learner with a completely different mindset of work, one where you realise your knowledge, and what you learn further along with it, is no longer just yours, but from the communities and networks you spend the vast majority of your time with, which is just too funny and perhaps a tad ironic because that’s, essentially, the main reason why, even today, I am still even so keen on sharing openly my own knowledge. Indeed, to learn even more!

PS. By the way, in case you folks may be interested in going through the recording of the presentation I did back at the Welcome Heutagogy event in Prague, I have taken the liberty of embedding the video clip over here in this blog entry, so you can watch it right away, as you may see fit. It’s about 35 minutes long, plus Q&A, and in it I describe, through my first hand user experience, what A Day in the Life of Luis Suarez using IBM Connections was like to learn AND get work done more effectively through my own social networks and online communities, still today two of the most powerful enablers for the adaptation of emerging social technologies in the workplace without having to rely too much on email per se, which, if you ask me, it’s a good thing altogether, don’t you think?

Hope you enjoy the presentation, just as much as I did back then, and I still do today, as a self-empowered lifelong learner through applying heutagogy’s principles and making extensive use of social networking tools 😀👍🏻