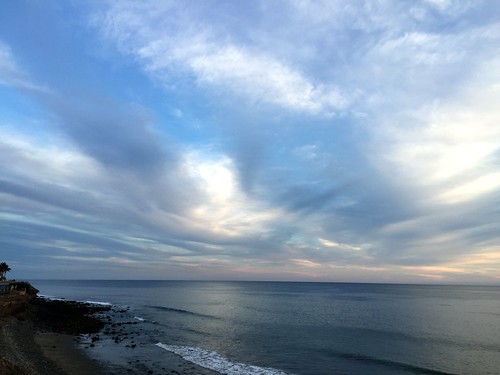 Over the course of last few months a few folks have asked me about why I am not so active anymore in different social tools from the so-called Social Web, as well as why I stopped advocating and pontificating about their huge potential to transform the way we connect, collaborate, share our knowledge and, eventually, get work done more effectively. And I guess, after all of this time, I am now ready to put together this article to explain why not and what I am doing instead. It all comes down to vanity, unfortunately. Or, better said, it all comes down to, finally, come to terms with the fact that our very own self-importance has managed to destroy Social Media and just leave it at Media, as we become … it.

At some point in the not so distant past, we knowledge (Web) workers decided to, collectively, kill one of the most profound and deep reaching components from all of these social networking tools out there: our very own conversations and, instead, we embarked on that frantic, unstoppable rush to become publishing machines blasting out marketing messages non stop that continue to be impregnated all over the place with our very own vanity. We just simply decided to leave conversations behind thinking that people would be so much more interested in the stuff we share about ourselves that all of a sudden we dropped social and instead became vainly digital. Yikes! Where did we go wrong? Why did we turn Industrious in our own vanity in the first place?

You know, I remember the time, back in the day, when several of these, now media, tools were all about conversations, about people wanting to reach out there to other people who would be sharing similar interests, who may have had similar needs and wants, or who may even want to work together as an opportunity to connect, learn and share what we each knew as an opportunity to grow further along as one single entity: a social network. Our social network. Alas, that seems to have died a rather fast and painful death on its own and we all ought to blame ourselves for that wonderful exercise of destroying social networking, on the Social Web, for the sake of our own vanity. I mean, when was the last time you had a conversation with someone on any of these media tools without talking about you or the stuff you are reading, or doing, or interested in? I bet we all know the answer to that question, don’t we? The thing is that we all seem to be rather comfortable with that state of things, because if you look out there, very closely, we aren’t doing anything about it, more than anything else, because we all seem to be rather busy all over the place industriously sharing our tidbits of how vain we all are, after all. Very sad, really.

Speed kills, specially, in the world of media tools, where we are all fighting to survive one more minute of our very own glory! One tweet, one like, one comment, one emoji, one meme, one infographic, one photograph and what not, is what we are all striving for to keep surfing the wave of popularity for just another 15 minutes of fame. Then we are left behind into oblivion only to repeat the same process, once again, 15 minutes later. The very popular ‘In the future, everyone will be world-famous for 15 minutes’ has taken a whole new meaning where we all become famous, forever, to those audiences we keep feeding further along with our very own vanity. These media tools have, finally, managed to convert us all into Web celebrities, at least, to someone out there who may be morbidly interested in what we have got to say and share about ourselves, just so that we can compare. We, indeed, have become the media, much to our collective regret.

‘We shape our tools, and thereafter our tools shape us’, as the famous quote goes, is, eventually, the worst that could have happened to the so-called social media tools, because thanks to our very own behaviours and mindset it’s those very same tools the ones that are now perpetuating that very same vanity flair we keep exhibiting proudly out there all over the place. Remember the good old ‘me, me, me’ mantra from the Web 2.0 times? Well, it seems we have now successfully shaped our tools not only to observe such behaviour, but to enhance it to the extreme fully. That’s how all the trolling, bullying, hate speech and vilifying have come up over time, because, if you think about it, social networks and social networking tools just didn’t exhibit such ill-behaviours per se, as they would have contained and self-policed them right from the start, even for their own health and sake. Alas, with media tools, it’s the spectacle du jour we are glued on to from the comfort of our screens, wherever we may well be.

And we seem to enjoy it very much, at least, vast majority of people, because we are starting to witness two things that, say, a decade ago, would have been tabooed in the world of social networking. First, we continue to design these media tools for vanity although those very same tools would claim they are, instead, introducing different algorithms to improve our overall user experience, when, in reality, they are destroying it by perpetuating that constant urge of sharing one’s self-admiration. And we buy it, because, you know, we still want to be right at the centre of the spotlight. It’s our very own 15 minutes of fame glued to our human condition. And the issue is even greater when we start embracing such behaviours as something both positive and very much needed, or encouraged, as if nothing else ever happens.

This is where blogging and the original social networking tools differ tremendously from today’s world of media tools, more than anything else, because they have never been about you, but about the collective, the network, the community, in short, the conversations. You may well say that it’s somewhat related to one of the seven deadly social networks and that may well be it, but it isn’t, because all of this self-glory and narcissism have got a clear consequence that most folks don’t seem to notice the reach it’s achieved: vanity, narcissism just doesn’t like flat organisations, more than anything else because these represent a threat to the potential aspiration of being at the top of the ladder with an inner urge to protect one’s own turf, position, status or power, just because we feel we are better than everyone else. So if you ever wondered about why enterprise social networking tools have been so slow in their adaptation curves within your own organisation, I guess you would know now why that’s happening and why we would need to work, even harder, to defeat self-importance from destroying the ’social’ component of media tools.

You see? ’Social’, comes from ‘socius’, ancient Latin, and it literally means ‘partner’, so when people are talking about social networking tools there is an inherent flair of building, nurturing and cultivating partnerships, yet, when you enter the world of Social Media it’s everything, but partnerships. They just don’t exist anymore, more than anything else, because somewhere down the lane we decided to stop conversing with others, speed of execution in being social killed us all in the process. We stopped listening, caring and being more empathic about our peers, if anything, just for the sake of them, vs. our very own alone. Somehow, at some point, we decided we are far too important ourselves for our very own sake and now that we have media tools to demonstrate that everything else just doesn’t matter anymore. We are always right, even more so when it’s about our very own personas that we try to portrait out there, whether real or fake, no-one really knows anymore, which is why we have got this tendency to just switch off, hoping it will pass, but still making ourselves present out there, constantly, in the moment, so that people won’t forget about us for when things would come to normal, if ever.

No, they won’t. We initially shaped the tools and nowadays the tools have shaped us so badly to showcase that dysfunctional behaviour of vanity without remedy we no longer want to get rid of it, we need it, we live from it, we thrive through it to the point of addiction, we despise everything AND everyone who doesn’t understand the only thing we care about is me, me, me.

You know what? I remember the day when things weren’t like that. I remember the golden days of the Web 2.0 spirit from back in the day, where people were generous, empathic, caring, helpful, trustworthy, honest, open, inspired, authentic, motivated, engaged, excited or even purposeful  enough to wanting to change the world, make it a better place for everyone, unleashing the true potential of networks and communities as the new operating model of both work and our personal lives. Yet, these hungry-for-our-data media tools decided to relinquish all of their potential to expose our very own dysfunctional behaviours and instead of attempting to do something to mitigate them and bring us back to basics, they decided to potentiate them, because they knew they were going to get even more! And for free. That’s how self-assured we all are. It’s a sickly system I keep thinking, and hoping dearly, it will eventually find its path to healing itself for good and come back with the other side from each and everyone of us, you know the one that thrives in networks and communities, the caring and empathic one, yet, every day that goes by I keep getting signals about how current media tools, if anything, not only will they not be able to recover, but, if anything, they would be taken us all down with them with their own poisonous demise. No, thanks! Not me.

I refuse to think that’s the horrifying end of the social tools we once thought were going to help us change the world as we knew it and our very own selves as well for that matter. However, I do realise those media tools won’t change by themselves, unless we do first, and very abruptly, since they feel they don’t have a good enough reason for it, after all, they already have your data. We will need to be the ones wanting to change the game completely altogether by breaking off the status quo, by slowing down, by pausing, reflecting and thinking what we, each and everyone of us, could do for our networks and communities to get the most out of our own contributions, not for us, but for the well being of the community itself.

Yes, it’s the ever harsh and rather difficult, as equally challenging, transition we need to make from the good old ‘me, me, me’ into the ‘we, we, we’ mindset. And for that to happen today’s media tools, those that keep feeding from our very own vanity, won’t help much. We would need, instead, to look elsewhere for those social software tools we once thought would change the world, because, you know what?, whether we like it or not, they will. It may take time, but, eventually, they will. When? Well, when we all stop feeding the self-importance triggers and, instead, we focus our energy, effort, attention AND time invested into what we know we do best: connecting (with) people through some bloody good conversations.