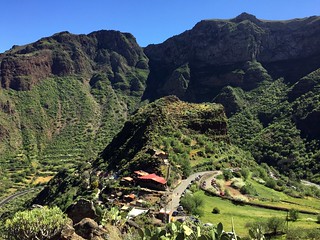 One of the biggest challenges I have been facing in the last couple of weeks, upon resuming my blogging mojo, while reducing my own online presence in different media tools, has been re-building my own blogroll. Remember them? They were a really cool way to help you build community, through wonderful interactions and connections via comments, trackbacks, pingbacks and what not, around the stuff you were truly passionate about and loved writing on and on and on. They were, and still are!, one of the core founding elements of the so-called Web 2.0 spirit that, 22 years later, is still very much alive and kicking. Or so I thought, because trying to update my own blogroll has been quite a daunting task, not necessarily because of the quantity, but more because of the lack of quality, or, better said, lack of critical thinking, if I may say that. Whatever happened to it? Where did we leave it behind?

While going through the different blogs I was subscribed to over the course of last few years, trying to see which ones were still being updated on a more or less regular basis, I found out how plenty of them no longer were having recent, fresh content (say, in the last 6 months or so). And that was pretty ok, because upon checking their different Twitter accounts I was finding out that plenty of those bloggers have moved their blogging into someone else’s homes (Facebook, LinkedIn’s Pulse, Medium, etc. etc.). Too bad I can no longer use RSS news feeds to subscribe to them. You know, ‘RSS still works. It’s still free. It’s still unfiltered, uncensored and spam-free‘.

What was most worrying though was how plenty of those bloggers who are still blogging away in their own blogs weren’t, in most cases, sharing some of their own original thoughts, ideas or experiences about what was motivating them to write and reflect on in the first place. Instead, they were just regurgitating the content shared across from a small group of social media gurus, always the very same group, ironically enough!, hoping those blog posts would trigger, in the shortest time possible, some kind of ‘engagement’. Yikes! Why?

‘Busyness just trumped blogging’, was my first initial reaction thinking that, when knowledge (Web) workers are just too frantically busy, they stop thinking, reflecting or musing about different topics and, eventually, stop focusing on building up on what’s still considered one of the most paramount skills from any good blogger out there: critical thinking. Instead, we just ‘rant about politics and share cat pictures‘.

Mark Schaefer couldn’t have said it better as well on a recent article he published on this very same topic around critical thinking. To quote him:

‘Although we have the infinite opportunity to learn and consider opposing views, the level of critical thinking may be no better today than the people who had access to no information in the 1800s. We’re too busy to think, too busy to dig for truth.’

Ouch! That seriously hurts, but he’s got a really great point with that reflection, because, that’s exactly what we have been doing in the last 3 to 5 years with all of these so-called social tools. Somehow, somewhere down the line we all, collectively, decided to become the media. Actually, better said, we decided to become the mindless media commenting and regurgitating the very good old same discourse from that handful of social media gurus and celebrities, except that, in the process, we were determined to include tons of bullying, trolling, hate speech and, eventually, tons of hatred, specially, when we are confronted with opposing views to our comfort zone of thought. It’s just like we can no longer dissent with people in a healthy, constructive and critical thinking driven manner without being insulted in the process a few times here and there. And insulted doesn’t refer to just using foul language, but also to simple things just like ‘Oh, sorry, you are totally wrong’ or way off base just because you think completely different than what me and my social media gurus and celebrities think! Oh my my!

I guess it must be rather tiring, and exhausting!, for those social media gurus to hear, or read, their own regurgitated thoughts by the thousands and thousands of times from their own minions, but I guess it’s something they have already gotten used to it, as they have already reached celebrity status and, of course, they need a mindless, vilified audience, more than anything else, because it’s easier to manage, even if by merely ignoring the whole thing, while driving traffic to their own personas. Good or bad, traffic volume still is where the game is at, apparently and sadly.

Mark himself highlights what may well be the problem when he writes: ‘We have more information at our fingertips than at any other time in history and the technology may be depressing our ability to think, process, and think critically’. Well, maybe. But somehow I keep thinking it may well not be technology per se the one to blame, but, once more, ourselves. We’ve always been very good at blaming the tools when they help us demonstrate, time and time again, our very own dysfunctional behaviours, more than anything, because, once we do that, we feel we no longer need to do anything else. You know, it’s the tools that don’t work, not us! It’s always the tools. Well, no, it’s not the tools to be blamed, but our very own behaviours, I am afraid.

We have stopped to think, process and think critically, as Mark mentions, because we are just too busy to build on our own thoughts and experiences and it’s much easier to build on everyone else’s, specially, when they are in our dear and beloved echo chamber (Retweets or reshares anyone?), and if it comes with a certain taint of celebrity status all the better. We no longer think, we just become amplifiers, for good or bad, although in most cases it’s for bad, because we seem to rejoice ourselves from that morbid sense of enjoying more of the bad news than the good news.

But fear not, there is hope out there for us all to revert course, before it’s just too late. Actually, more than hope, there’s plenty of help going from excellent resources and recommended reads like ‘Net Smart’ by Howard Rheingold (I can strongly recommend as well this video clip on Crap Detection 101 (25 minutes long)) or the wonderful online course from Harold Jarche about #PKMastery. We just need to become, once more, the critical thinkers we once were, at least, at our very own online home(s), i.e. our own blog(s), more than anything else because we need to start rebuilding on that very much needed skill of questioning everything.

My good friend, Anne Marie McEwan, once wrote that critical thinking is a ‘complex process of deliberation, which involves a wide range of skills and attitudes’ along with ‘checking for bias’, but she also ventured to state what critical thinking is all about and I just thought I’d take the liberty of adding a teaser here highlighting what she then gets to develop in more detail in this rather insightful and thought provoking article about acquiring and mastering such rather helpful and very much needed skill. Critical Thinking is:

So why am I writing about all of this, you may be wondering, right? Well, more than anything else as a reminder to myself to resist the urge of amplifying and, instead, fight the good fight of never conforming, of questioning everything, or understanding how critical both empathy and caring are when applying your very own critical thinking skills about what happens around you, whether at work or in your personal life and that, if anything, we always have a choice in terms of what kind of online digital footprint we would want to establish, treasure, cultivate and nurture over the course of time. Either regurgitating someone else’s thoughts and ideas that you may, or may not agree with, or, through sensemaking, build your own at your own home turf. The home you never left.

10 thoughts on “Whatever Happened to Critical Thinking?”