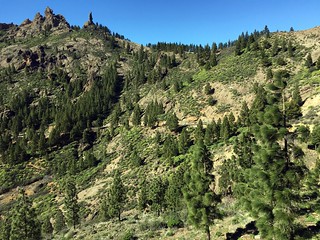 There used to be a time when plenty of knowledge (Web) workers flocked to the Social Web to nurture, cultivate and build their own external social networks. Mostly, as an opportunity to introduce emergence into their work practices, while getting acquainted with all of the rage around social tools through first hand experiences. Perhaps, the most typical example of how people would achieve such levels of commitment and involvement with the so-called Web 2.0 spirit would be through the sharing of their own work, openly and available to everyone who might be interested in the topic(s), so that different conversations around work items would come along with potential customers, business partners, and, why not?, competitors as well. Fast forward to 2016 and it looks like we seem to have shifted from that narrating our work to mastering the art of ‘postureo’ or posing. Where did we go wrong?

‘Postureo’ is a Spanish word that would translate into English pretty much something along the lines of mastering the art of posing (by poseurs). I can’t believe I’m putting together this blog post over here to describe such word as a reflection of what we seem to be experiencing with the Social Web in this day and age. But, apparently, showing off your postureo is currently what all of these media tools are all about, or at least, what we are portraying ourselves as, at the moment. Notice as well how I have left out, on purpose, the word ’social’ out of it all, because somehow I feel we left that behind as well a good while back. What really happened?

That’s pretty much the main premise from the absolutely brilliant, and rather thought provoking, article put together by Scott Monty under the suggestive heading ‘Do You Do Any Work?’ where he questions when people do their work, if all they do is posing on all of these media tools, all over the place, constantly, around the clock, sharing tons of tidbits about everything else, but the work they do. Because, you know, those folks are supposed to be doing work, right? At least, that’s what they themselves claim they are doing when proclaiming out loud they are being hired by such and such company to do whatever the work. The thing is that we never ever get any kind of exposure to such work. Have you seen it yourself? Can you relate to what Scott writes in that blog entry? Perhaps you may have even done it yourself to a certain degree as well and never noticed. Well, people do notice.

And that’s the whole point as to why a few years back I decided to transition myself from the so-called Social Business mantra into Open Business, more than anything else, because I, too, was seeing how plenty of knowledge Web workers were extremely social all over the place sharing multiple dozens of items per day in each media tool, even the new shiny ones coming out, but, when looking closer, it was always about everything else, but their work, as Scott nicely put it together with these words: ‘I rarely see any of them sharing anything about the company they work for, or the progress that their teams have made — even when these individuals are supposed evangelists or marketing leaders for their companies’. And I always wondered why people would do that. Well, I guess I know now, or, at least, I got a pretty good way of wording it properly: postureo.

The thing is that there is something else, deeper, going on at hand at the moment that most people don’t seem to want to talk much about it, more than anything else, because they do practise it themselves as well, based on what we have been doing over the course of decades, if not hundreds of years. There is a poignant legacy at play over here. I’m going to put on my Knowledge Management hat and state that the main reason why we aren’t very social sharing our knowledge, experiences and expertise about the work we do, is not necessarily because of that postureo, but more to do with the fact we just don’t like to share our knowledge. Period. Specially, with total strangers out there on the Web.

Yes, indeed, it’s that lack of a basic open knowledge sharing mentality that’s trapping us into a world where we are transitioning from the good old Web 2.0 spirit of social media into just plain media, never better said the word plain. And I understand, partially, why people would want to do that. Well, they need to be out there, they need to make themselves present to others, they have a constant urge to put their selfies (usually, doing some really cool things!) in front of your face, so you don’t forget about them for when you might need them for that potential new gig. You see? That posing is not necessarily about showing you how cool they are, but it’s mostly about here’s another selfie (or perhaps an interesting post on something I really don’t care much about) to remind you what I look like for when you need me, because, you know, you will need me, eventually. And, just like that, we fall into the trap. Every single time!

For as long as I have been doing KM work, now coming close to 20 years and counting…, I have always been asked by other people why do I care so much about openly sharing what I know, about sharing my own work experiences, what I may have learned over time, etc. etc. And even though I wrote, a little while ago, about the main reasons why I do it, even today, some folks still think I’m doing it all wrong. I’m perhaps just sharing far too much! They keep telling me that, while they see my intent in sharing what I know may help others along the way to become better at what they already do, they also seem to be concerned about the typical leeches (Or ticks, they call them), who are just very eager on sucking up all of your knowledge, so that they can reuse it for their own benefit without you either not knowing anything at all nor getting any due credit, because, you know, it’s open knowledge, available out there for everyone to poach on, before they move on to the next victim.

Of course, that may well happen. In fact, I do know for a fact it’s happened to me multiples times over the course of the years, but that hasn’t changed my mind a single bit to become more protective of my own knowledge, hoarding it and sharing it across sparingly, like you get to see in media tools more often than not nowadays. You see? It’s all about a matter of givers and takers and for us to decide on which side of the fence we want to thrive in, and so far for me it’s always been about the givers, regardless of the leeches, more than anything else because that’s the kind of Social Web I’d want to live in. One that’s open, collaborative, trustworthy, public, accessible and available to everyone. And we all know we ought to put together with the ticks, but then again they will never be capable of surpassing the givers, unless we let them to…

9 years ago I had the unique opportunity to watch live one of many KM presentations by the one and only Bob Beckman and one wise quote from him has stayed with me ever since to describe as well why do I keep sharing what I know, even today: ‘Don’t be afraid to share what you know, because you know it better than anyone else!’ It’s what knowledge (Web) workers do. Knowledge sharing is our job, we just need to do it!

Eventually, it’s the kind of Social / Open Business ecosystem I’d want to help co-create and co-build altogether. Scott wonders that, after all, we may just need to have more role models to help shift gears and mentalities and somehow I think he’s right. The thing is that those role models may not necessarily need to be the experts anymore, but perhaps we should start looking more at those who walk the talk, those who put their words behind their actions, specially, when talking extensively about the huge potential of emerging social tools, whether internal or external, instead of just admiring, and sucking up, different poseurs hoping that something may splash out. It won’t. However, our very own working out loud behaviours will, more than anything else, because that’s who we are as knowledge (Web) workers.