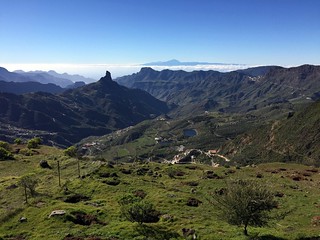 I remember, rather fondly, the early days of the Social Web, where true pioneers, social computing evangelists, die-hard advocates of everything social and, of course, every other curious mind out there wanting to figure out what the fuss was all about that (online) activity called social networking tried to explain (with a certain degree of success) how one of the many perks of nurturing, cultivating and building your online social networks was all about connecting with people who would share similar interests on a particular topic with you, so that people would have an opportunity to collaborate and learn more from one another. Little did we know that, fast forward to 2016, all of those networking activities would come with a really high price tag: your own data in unwanted hands.

We, human beings, have got an inner urge to wanting to belong to a group, a tribe, a team, a community, a network, you name it. We have got it in our DNA an irresistible yearning to wanting to connect with other people, get to know them well by learn with / from them, to then collaborate more effectively by sharing your knowledge with them more openly. It’s in our genes. It’s how we were built over thousands of years, that is, through cooperation in our eagerness to want to always help others, specially, when in need. It’s how we’ve evolved into what we are today.

However, why didn’t anyone tell us all of those wonderfully inspiring, exciting, mesmerising and truly exhilarating networking activities, through these social tools, would have a price tag that would make us rethink things twice? At least, to some of us. Allow me to explain, please.

After having been actively involved with social tools for over 16 years I think I have now understood the main reason as to why I’m no longer as active and participatory as I used to be in different social networking tools. It’s something that’s been troubling me for a good while now and I guess it eventually ought to come out as I need to come to terms with the facts. As a starting point, the overall user experience has become both rather appalling and poor, addictive on purpose, driven by algorithms that don’t have a single clue about why people would use that particular social tool in the first place, which I consider, if at all, an utterly depressing act of arrogance, because, you know, we keep getting told the algorithm knows us all better than we know ourselves. Goodness, what an utter piece of nonsense!, to put it mildly!

Here’s the thing. If you look out there in the ever so complex and perhaps already overcrowded so-called social networking space (Social Media, if you wish), vast majority of these social tools are just plain awful, rather depressing and equally horrifying user experiences with a single goal in mind: to have you glued to their screens constantly scrolling through, mindlessly thinking ‘why the heck have I ended over here in the first place?’ I must continue to scroll down till I find something that clicks. Reality is that it never does. On purpose. These social tools don’t want you to have that click, because they know they moment you do you are free to walk away and you will walk away to never return back again.

The Social Web and its complex umbrella of social tools need to understand at this point, once and for all, that the main reason why people keep making use of these social tools is not necessarily because of the wonderful experiences they provide (I have yet to find the first major social networking tool that has got one of those!), which we all know they don’t, but because people keep having those urges of wanting to connect with others, of wanting to belong, of being recognised in the group for what they are good at, of being trusted for their genuine contributions into the overall value of their network(s) and so forth. And how do they achieve that? By sharing their knowledge, their social capital, their tidbits of who they are, what they do, what they are interested in and why they would want to reach out and connect in the first place.

But that’s where the problem lies, what I call the untold costs of social networking. People really wanting to connect, build, nurture and cultivate their social networks need to make an effort and come forward, share openly their knowledge. In return, other people would do the same (unless all they care is about take, take, take). That’s how we bond, how we build trust over time, how we get to connect, learn and collaborate together. It’s perhaps one of the most inspiring and exhilarating experiences we human beings have got in this planet. Yet, in the realm of the Social Web it’s playing against us. And pretty badly, really. To the point where we are not even aware of it at all, but please do allow me to show what I mean with this wonderfully thought-provoking cartoon I bet none of us has stopped for a minute or two to think about the potential benefit of asking that very same question over and over again. Here it is, judge for yourselves:

Even in school you should be aware of the information you make public #privacy pic.twitter.com/6z1FaPbFKR

There used to be a time, as a true pioneer and die-hard social computing evangelist, I’d go ahead and jump into any social networking tool out there that I could find to help me figure out how I could make smarter use of it in my pursuit of that continuous nurturing of my own social networks and I would eventually dive in and share along plenty of my own knowledge, interests, hobbies and what not to help improve that mutual social capital within my own networks. Nowadays, not anymore. Sadly.

Whenever there is a new online social networking tool that makes the rounds here and there and continues to catch up steam within my already existing networks, the first thing I ask myself is why? what? how?

Why? as in ‘what’s the purpose of that new social tool?’ What void is it trying to help me fill in within my own needs? Why do I need to pay attention to it when I know the overall user experience is going to be a horrifying one already, pretty much like with all the other ones from the past and present, on purpose, so it can keep me glued to it? Time is the new currency, the new oil, and it’s limited, finite, scarce and with a deadline. So why should I spend time in there in the first place?

What? as in ‘what are you going to do with my data?’ I think I may well be one of the very very few people who still read the Terms of Service of the social tools I make use of to see whether I’d still want to sell my soul for free or maybe not. It’s the first thing I do after signing up and the moment I see something pernicious, and we all know there is going to be, since, you know, it’s a free social networking tool, therefore we are the product, that’s the moment I move on to never come back. This has happened several dozens of times in the last 2 or 3 years to the point where I know jump into the Terms of Service before even signing up to avoid the hassle. Why do we put up with that hassle time and time again? Shouldn’t we know better by now?

How? as in ‘how are you going to (ab)use my data?’ This is perhaps the trickiest of questions and the one that almost always has an easy answer to go for: you / we will never find out how they are going to use my / our data, because, if anything, that’s for their own competitive advantage, not yours, i.e. to hide it away from us, so that we don’t know what’s happening with that we put in. Pretty much like banks and how they operate with one’s own money, if you come to think about it, which is rather sickening, if you come to think about those golden principles of social networking tools and what they stood for from back in the day. Quite an oxymoron, if you ask me, which is why I essentially stopped using any other social networking tool that doesn’t have a clear policy as to what they are going to do with my data that I share across. Yes, I know, it’s pretty radical, and ironic at the same time, even more so as I know and fully realise what I go through while still using a couple of social tools from the dark Social Web. Why am I still there? Good question! Perhaps to keep me on my toes as to know what kind of Social Web I would not want to be an advocate for in the first place and remind me on a daily basis.

That’s why I heart blogging so much! That’s why blogging is so important nowadays for knowledge Web workers. It’s our home turf. It’s the only online space left out there where we get to set the rules and facilitate the conversations, as they happen, with your various different networks and communities, but without having an intermediary that you know the moment you make use of it is going to abuse your rights (whatever those may well be), whether you like it or not, because, after all, we are the product, remember?

The thing is that we are all in the losing end here, because for as long as we are the product there is no escape, we need to keep feeding the system, that untameable beast hungrier than ever for our data, if we would want to reach out and connect with others, and the moment we do that we relinquish for good our knowledge, content, conversations, interactions and even our very own online identity. That’s not the kind of open Social Web I’d want to live in to continue to build and nurture my online social networks over the course of time, because, if anything, it will perpetuate the very same system we all know is broken and needs some serious fixing.

Alas, there is not much else we can do, because for as long as people will continue to make use of that dark Social Web there isn’t an opportunity for us all to fix things. And because not many people are willing to break that chain, since it’s just too easy to live within your own comfort zone, no matter how suffocating it may well be, it’s going to be really hard to break free ourselves from the whole thing, which is why I decided, I guess, to break my own chain initially and start making less use of most of the social tools I still rely on and instead blog more. Regain control of the conversation, on our own turf, i.e. the Internet blogosphere, remember?

Why? Because, contrary to what happens in most of the social tools out there at the moment, through blogs, you can still enjoy and facilitate some bloody good conversations, which is, essentially, the primary goal of social networking, if you ask me: build trust within your networks without having to suffer from the untold costs of social networking tools, i.e. selling off, inadvertently, your data and your soul.

The choice is ours and ours alone.

One thought on “The Untold Costs of Social Networking”