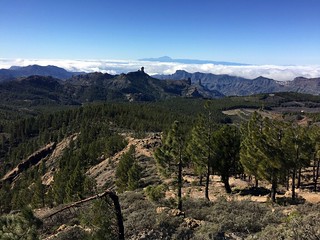 There are plenty of times when you have got that strong, unstoppable urge to spend more time in someone else’s home rather than in your own, either as an opportunity to want to learn something new, whatever that may well be, meet new people or perhaps because you may need a change of some kind, maybe even some new fresh air, who knows, to really appreciate what you may have had all along till it is then gone. It’s pretty much like when you grew up with that determination to leave your parents’ home as soon as you could possibly make it, to then realise, a few years later, how perhaps you shouldn’t have left in such a rush in the first place to understand what you have had all along: a home. Your home.

That’s pretty much how I feel at this very moment, as I get to write this blog post, upon reflecting on when was it the last time I have blogged over here, nearly 8 months ago!, thinking I may well have been away from home for far too long, spending plenty of time perhaps where I shouldn’t have, to then realise it may well be a good time now, if at all, to come back again and make an effort to stick around for a while, pretty much like when you return back home after an extended absence thinking the last thing you may want to do is leave again. At least, not yet.

I fully realise that this blog post may well be too cryptic on its own, it’s not intended to be, frankly, but in a way it’s something I needed to finally write down somewhere and what a better place than my own online home from over the last 11 years and counting: my own personal blog. That place that’s always waiting out there for you, like the good parents anxiously awaiting for the return of their prodigal son; that place that once you arrive it makes you feel like you are right at home, comfy, with no attachments, nor strings, where you don’t have to pretend to be who you are not, and you can be just you, the authentic you. No masks. No bullshit.

That’s what I have been missing all along since the last time I wrote a blog post over here. That online space where I could be me, without having to pretend to be someone else, or to play a different role, or to put on that dreaded mask I just don’t feel too comfortable with in the first place as once you have it on, before you realise it, you cannot longer take it off.

That online space, that is, your blog, where you no longer feel like you are being butchered left and right by multiple social spaces that only care about how much data and information I can keep feeding them with without asking for pretty much anything in return. As if I ever had a choice in that silly game of us being the product.

I’m tired of being targeted, of the constant surveillance state of our very moves throughout those social tools and apps, of the silly algorithms being put together by people who just don’t have a single clue of who you are, what you do or what you care for, not that they would care anyway, in the first place, but that have promised to improve our overall user experience, when in reality they keep destroying it big time to no avail, nor say from our part. I’m tired of reading on a daily basis multiple articles about how certain social tools keep improving the way they surveil and capture our data and knowledge, our relationships and our connections to a great detail and how everyone seems to be celebrating it all with much anticipation as an opportunity to be on the crest of the wave, when, in reality, they have already been swallowed by the savaging digital capitalism wave(s) themselves we once thought would change the world, and, in reality, just keep on perpetuating a dying status quo that doesn’t seem to be too keen on wanting to become extinct in the first place. Quite the opposite, It’s as alive and kicking as ever. And we only ought to blame us all for that to have happened in the short course of a bit over a decade. Just yesterday, if it were.

I’m exhausted about the sickening polarisation, the despiteful vitriol, the useless hatred, the time-wasting and ever tiring trolling for no particular reason, nor excuse, and, above all, the bullying the Social Web has institutionalised over the course of time with those very same social spaces wanting to do very little about it themselves, because, you know, it’s morbid enough to drive huge traffic and therefore generate more revenue for the benefit of a few while rejoicing on the disgrace from everyone else who keep suffering from all of these horrendous and dysfunctional behaviours the Social Media keeps pontificating and advocating for. Well done to all of us! We truly deserve the Social Web we keep building on and on and on.

I’m utterly worn out about how we, collectively, don’t seem to want to change things, nor to put a stop to it all, to quit making heavy use of those very same social tools ensuring they die a slow, painful death for having mistreated us for years as if we were just resources to feed their hungry needs for with tons of data, to then be disposed off and find someone else to drain in the process. Somehow it feels like we haven’t learned much over the last decade or so about ‘The lost infrastructure of Social Media’ and how it’s turned itself into something completely different than what we originally envisioned in the first place. Remember Web 2.0 … The Machine is Us/ing Us?

But then again, we are the media, indeed, and, as such, we have got a responsibility to make a smarter use of these social tools to help us connect, learn and collaborate more effectively; we have got a responsibility to *not* make use of these social tools that are only interested in the data we provide them with on a regular basis, so that they can then use it against us time and time again, if we ought to change things. We’ve all got a volume control on mob rule and, as such, we should exercise that right, instead of letting morbid, tragic and dramatic news flood our feeds while we watch and observe from the comfort of our couches, as we left the computer desks behind us. We know better. We should do better. We must do better. We should break the chain. Today.

That’s essentially what I’ll be doing myself from here onwards as an opportunity to come back home, to come back to those special social spaces we once treasured and loved dearly for how they helped and allowed us to change the world as we knew it and make better people out of ourselves altogether. Each and every single time. Back in the day I deleted both my Facebook and LinkedIn accounts, amongst several other social spaces, and it looks like that was one of the best things I could ever have done in the last few years. But that doesn’t seem to have been enough, at least, for now and there isn’t an indication that things will change any time soon.

Time to regain control of our conversation(s) then and leave the silly, pretentious algorithms behind thinking they know better than us. They won’t. They can’t. It’s going to be us, knowledge Web workers of the 21st century, the ones who need to decide what kind of Social Web do we want to build and nurture over the years, not the social tools themselves dictating how us, the mindless sheep (according to them), will continue to behave. I know, and realise fully, how this may well be a bit too radical and everything, a bit of an outlier, if you wish, but then again it wouldn’t be the first, nor the second time for yours truly. I want a totally different Social Web user experience and I know that unless I do something about it for myself, no-one will. It’s in our hands to change it and I realise now that by resuming my blogging mojo it’s perhaps the perfect opportunity to reclaim back the conversations. So we better get started with it, don’t you think?

That’s why, from here onwards, at least, for myself, there will be a whole lot more blogging and a whole lot less time spent in social tools, specially, those that seem to be only interested in me for the data I keep feeding them with and not for the conversations they can start and facilitate accordingly with me. Remember blogging? That’s exactly what it once did and why it feels good to, finally, be back home.

The home I never left…

5 thoughts on “The Home You Never Left”